How To Rule The World Like... Timothy D Cook - Gulf Business 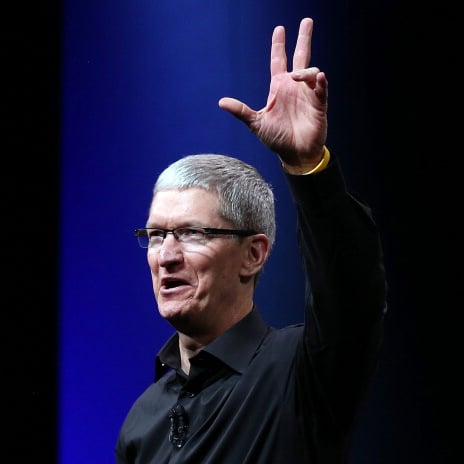 He wears it well

When Steve Jobs handed over the reins of Apple Inc to Timothy Cook in August 2011, the new CEO instantly came under international scrutiny. After all, Jobs was the charismatic–if eccentric–genius, who managed to create and lead Apple to become of the leading brands in the world.

But Cook, previously the chief operating officer of Apple, was seemingly undaunted by the attention.

Almost a year down the line, Apple remains the largest publicly traded company in the world by market value (estimated at $546 billion by Forbes).

Cook has been quoted to claim that he’s “never felt the weight of trying to be Steve.”

The company recently launched the iPhone 5, a thinner, taller and lighter version of Apple’s smartphone, which has received rave reviews from users.

According to reports, Apple is also planning to unveil its latest tablet later this year. The new device is reported to have a smaller screen than the iPad, and experts expect that it may help Apple retain its position as the frontrunner in the tablets segment.

Earlier this year, after negative reports emerged about Apple’s contracting practices in China, Cook personally visited an iPhone manufacturing plant in the country.

Maintaining good ties with China is vital to Apple- the company is experiencing phenomenal growth in the Greater China region (China, Hong Kong and Taiwan), with second-quarter sales reportedly rising many fold to reach $7.9 billion.

The 51-year-old is regularly referred to as a “Southern gentleman” because of his polite and soft-spoken manner in public. Raised in a small town in the Southern US city of Alabama, Cook’s dealings with the media contrast sharply with Jobs’, who was famous for his public outbursts.