How To Rule The World Like… Sachin Tendulkar - Gulf Business 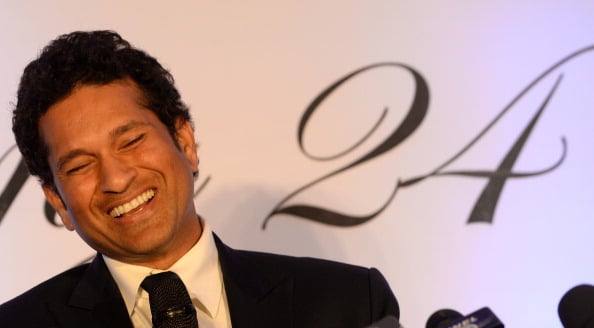 A gifted child, Sachin Tendulkar began playing cricket at the age of 11 and five years later, became India’s youngest test cricketer. He was just 23 when he was named captain of the country’s team for the 1996 World Cup.

Over his career, he has scored a record 18,426 one-day international runs and 15,921 test runs and is the only Indian to feature on Wisden’s all-time World XI.

Cricket is more than just a game in India, and Tendulkar is considered the best batsman the country has ever produced. Fans often state, “Cricket is my religion and Sachin is my God”.

The chants of “Sachin, Sachin” have reverberated across most stadiums in which the ‘little master’ has played.

Cricket fans across India and the world were stunned when the 40-year old recently announced his retirement plans. Tears and cheers followed his final test match against West Indies in Mumbai. The scoreboard stated what millions felt: “You will always be remembered.”

Tendulkar was gifted a Ferrari 360 Modena by Fiat in honour of equalling Don Bradman’s record of 29 Test centuries, which was presented to him by F1 champion Michael Schumacher in 2002. The 120 per cent import duty was initially waived, but later paid by Fiat.

The car, which even inspired a Bollywood movie Ferrari Ki Sawaari, was later sold to a Surat-based businessman.