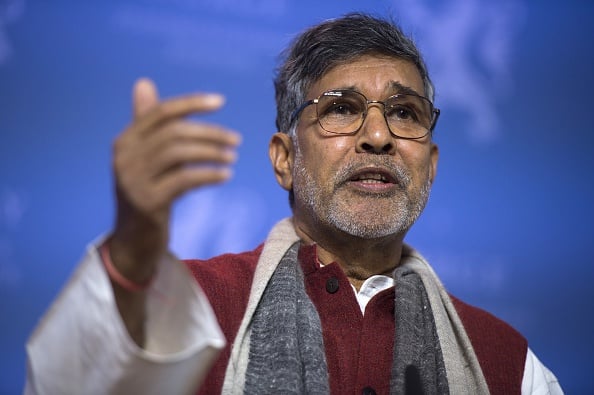 Indian activist Kailash Satyarthi has been campaigning to end exploitative child labour since 1980 and his ‘Bachpan Bachao Aandolan’ organisation has freed more than 80,000 children from slavery and trafficking.

Giving up a career as an electrical engineer, he generated international awareness about the issue, setting up the Global March Against Child Labor movement, a worldwide coalition of NGOs, teachers’ unions and trade unions.

Be Awarded the Nobel Peace prize

In 2014, Satyarthi and Pakistani child rights activist Malala Yousufzai were jointly awarded the Nobel Peace Prize “for their struggle against the suppression of children and young people and for the right of all children to education.”

He has pledged that he will use every penny from his share of the $1.1 million award for the cause of children.

Be undeterred by threats

The 61-year-old has survived numerous attacks on his life during his crusade to end child labour, and two of his colleagues were even murdered. His office also has been ransacked by anti-social elements a number of times in the past. But he remains unfazed, saying “somebody has to accept the challenge whatever dangers are there”.

Speaking at a recent event, he said: “Our vision is to mobilise worldwide efforts to end child exploitation.”

He told the BBC in an earlier interview: “I want to see in my lifetime that there is no child slavery in the world.”