How To Rule The World Like… Elon Musk - Gulf Business 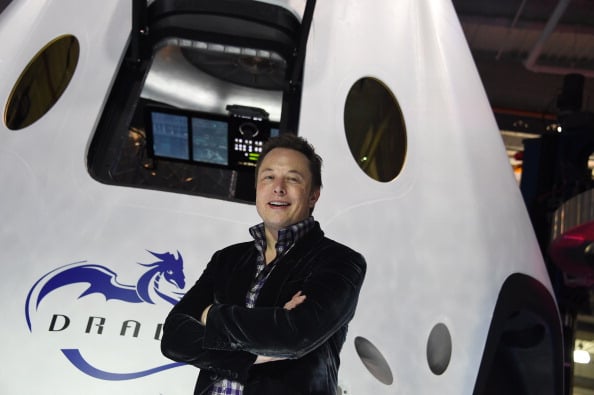 Reach For the Stars

Dubbed the real ‘Iron Man’, Elon Musk, the billionaire founder of spacecraft-maker SpaceX, has a $1.6 billion contract with NASA to resupply the International Space Station, and is committed to colonising Mars within 20 years.

Worth over $8.5 billion according to Forbes, the South African-born Canadian American was the co-founder of PayPal and currently serves as the CEO of electric carmaker Tesla Motors and the chairman of solar panel designer SolarCity.

Pull Through the odds

Although now riding the high wave, Musk faced several challenges in the past, particularly in 2008, which he calls “the worst year of his life.” While SpaceX had three failed launches, Tesla’s flagship vehicle, the Roadster, faced backlash from customers following production problems. He also divorced his wife the same year.

“That’s as close as I’ve been to a nervous breakdown,” he said in a Telegraph interview. However, instead of cutting his losses and shutting shop, Musk ploughed all his money back into his assets. And it paid off.

According to reports, when asked how he learned to build rockets, Musk says, “I read books.”

Some of his favourites include: The Lord of the Rings by JRR Tolkien, The Hitchhiker’s Guide to the Galaxy by Douglas Adams, Benjamin Franklin: An American Life by Walter Isaacson, and from a technical perspective, Structures: Or Why Things Don’t Fall Down by JE Gordon.

Musk attained animation fame this year, after bagging a spot on an episode of the popular American comedy show, The Simpsons. The 43-year-old, who plays a cameo role, reportedly bankrupts and later battles nuclear power plant owner Montgomery Burns in the show, which is set to air on January 11, 2015.

Apart from The Simpsons, the billionaire also made a recent appearance on the satirical animation South Park. Musk, who admitted being a fan of the show, later tweeted: “Kinda trippy seeing myself on South Park.”