How To Rule The World Like… Angela Merkel - Gulf Business 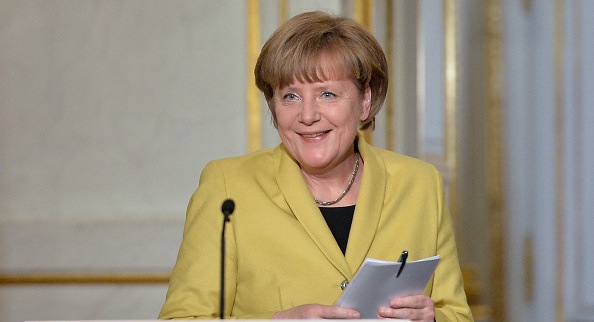 Claim The “World’s Most Powerful” Title

The German chancellor has been consistently named the world’s most powerful woman by Forbes and Time magazines, and more recently, The New York Times labeled her Europe’s ‘most powerful political figure’.

Merkel, who was elected as Germany’s first female chancellor in 2005, is currently the longest-serving elected head of state in the EU.

Germany, Europe’s leading light economically, recently revealed that its economy grew by 1.6 per cent as a whole last year, and its central bank stated that the country is set to see stronger growth this year thanks to a weaker Euro.

Merkel is also recognised for ensuring that Germany’s unemployment levels remain low, and for helping it post the largest current account surplus in the world – which reached 220 billion euros ($250 billion), accounting for over seven per cent of its GDP in 2014.

Try To Save The World

With the threat of ISIL looming large, the Ukraine- Russia conflict raging on and Europe’s economy struggling to keep up, the world is witnessing an unprecedented number of crises, and Merkel has been credited with getting involved in and trying to resolve each of those issues.

She specifically has a big role to play in easing fellow EU member Greece’s economic woes.

Be A Good Cook

Known to be a good chef, Merkel admitted that she loves cooking in a government brochure in 2013. “My favorites are potato soup and roulade (German dish),” she said. She also likes baking plum cakes.

In the past, the 60-year-old has also said that she still prepares breakfast for her husband, who, reportedly, has no complaints about her culinary skills.