How To Lead Expats - Gulf Business 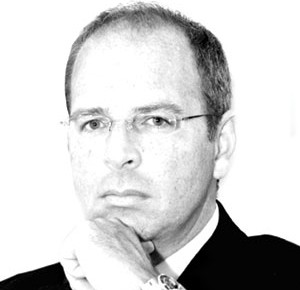 When people pack up their belongings and go through the emotional agony of moving to another country, it is usually for financial rewards. And the Gulf has a reputation for people from all walks of life and across the globe doing better. It is the modern day land
of opportunity – ripe with the promise of relevant prosperity and success.

A testimony to the lure of the GCC is that ex-expats are coming back after they sampled here, went back home to give it a try and realised how much better it is here. Not only are there lines of hopefuls wishing to reap the financial benefits, people who leave are knocking on the door to come back. People from around the world are calling the Gulf home because they like the promise of high salaries.

By expats, I am not referring only to the common expat stereotype meaning western professionals but to anyone who has left their native country and come here for work. In its broadest sense, an expatriate is a person who is temporarily or permanently residing in a country or culture other than that of their upbringing or legal citizenship. In common practice, the term is often used in the context of professionals sent abroad by their companies, as opposed to locally hired staff. But, I like to think of expats as people who are not from here.

If you are an expat, keep in mind that not all expats are the same. The GCC countries have more nationalities in their workforces than the United Nations does member countries. With this number of expats in the workforce come many different voices.

The question I have about expats is “What do the irresistible salaries mean for the way people work?” Inflated salaries (and the salaries are inflated in the GCC – just ask nearly any expat if they would receive the same salary for the same work in their home country) have a counter intuitive impact on the way people work. Instead of motivating people to take risks and perform at their peak, the fear of losing the “great opportunity” causes leaders to work long hours but “on their heels”.

No one is questioning the hours worked, but it is the “heart” in the hours that is concerning. This idea of “sitting back on the heels” is an athletic term describing a player who is playing defensively. Being fearful about the risk of losing fear invites the defensive position. The same is true in workforces across the Gulf where it is understood why employees would take a defensive position to keep their “great opportunity.” Largely the defensive position is being created by false fears (one that are imagined and not real).

To be a great leader in the GCC, you need to be aware of this and know how to lead expats. It makes no difference if you are an expat or national, leadership success in the region is largely dependent on the ability to lead expats.

Whether right or wrong, the workplace in the GCC is chockfull of expats. The percentage of expats in the private sector is among the highest around the world. So, every leader needs to become an expert in leading expats as this the day- to-day reality of leading in the region. Not only does your success as a leader depend on your ability to lead expats, so does your organisations.

So, what can a leader do to succeed in leading expats? The top recommendation is for leaders to build the self-efficacy of their workforce. On the surface, self-efficacy seems to be about capability. But the reality is that it’s displayed through confidence and belief. Of course, there is a needed degree of capability, but let’s assume that is there.

Given the high salaries, leaders need to work doubly hard to generate surplus value through their workforce. By providing confidence in the environment you can help your team to overcome their false fear and be “offensive” performers.