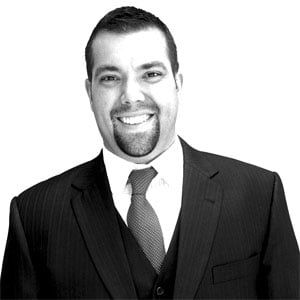 Knowing how to keep your job is just as important as landing it in the first place, especially when the market hits rough waters. During recessions when companies are looking to lighten the load amid declining profits or mergers, it can be an unsettling time. Security in this situation is hard to see. But avoiding the guillotine is largely dependent on one thing, YOU. Cultivating skills and continuing to ride the waves of change are the way up when everyone else is heading down.

The last few years have underlined to both employees and employers alike that the best person for the job is the one you cannot easily replace. For employers, the equation is a bit simpler in that they have the benefit of hiring in talent and the ability to be choosy when it comes to expectations.

The market for employees is more competitive and keeping your value in the market up is more important than ever. Mergers in particular are daunting for employees. The probability of redundancies due to consolidations of departments or changes in structure is often high and can be perceived to be catastrophic. How do you keep your head above water?

My father-in-law was faced with a similar situation when the company he had worked for thirty years was bought out by another firm. Mike started out with Sinclair oil in 1979 as a Loader in a terminal. The first thing that set him apart from his co-workers was his education. He had gotten a degree in Science. Though it was not a job that required an education, it certainly went a long way in helping make him stand out. When he applied for an assistant terminal supervisor position hard work and dedication were important, but his education was a key factor in his progression.

As the years went by, Mike kept up with the trends he saw in his workplace. Automation was becoming more prevalent in the day-to-day operations of the terminal. His answer to less responsibility in the handling of the various aspects of day-to-day work was to head back to school and start taking computer classes. Mike was kept on at the terminal and promoted to supervisor. Meanwhile, the number of people working at the terminal was being reduced.

The less skilled employees were all being transferred back to the refinery where there was more of a need for unskilled labour. Eventually, the company was bought out by another oil and gas firm. Most employees could feel their fate hanging in the balance. Mike was even uncertain as to what the future might hold for him. Being a highly paid supervisor, it would have been easier to take on someone with less experience and pay them less to oversee the day to day operations. The tension in the work place had started to mount as the gravity of the situations started to sink in. Finally, the time came for him to sit down and interview with the incoming management and do an assessment.

Over the years, Mike had amassed a fantastic knowledge of how the systems worked and how to handle day-to-day maintenance. He was the person everyone turned to when there were operating problems. Mike had taken on the responsibility, learned the systems, and met the output needs of the company for years. He sought out education and kept ahead of the curve on the operations of the terminal. They began the process of interviewing employees to assess their skills and ability. During Mike’s interview, they asked about the operations of the terminal. They asked who handled problems when they arose. His answer was the same for every question they asked “me”. His dedication to getting the job done correctly and on time was instrumental in his success and his determination to keep developing himself and skills are what ensured his job.

After the interview, Mike felt relieved. Over the years he had not given consideration to the number of tasks that fell to him. He never complained about taking the extra responsibility and he applied himself to every new challenge and sought out more education to keep with the ever changing work place.

Mike was called back in to discuss what the future held for him. The company had decided to invest money in upgrading his terminal and adding more responsibility to his role. The company had reduced headcount 20 per cent at the refinery. A good number of those who lost their jobs were those that were unskilled. Quite a few came from the terminal locations. Had Mike not sought out ways to grow with in his job he might have been made redundant. Instead, Mike got a promotion and managed to make a great impression on his new bosses.

In the end, there is no trick to being indispensable. The rule is to continue to invest in yourself and you can see your stock in a company rise. Education is something that is yours to keep regardless if you change companies, or stay with the same one for your entire career. Someone that is a voracious learner and dedicated worker will always have opportunities.