How To Adapt To The New Energy World? - Gulf Business 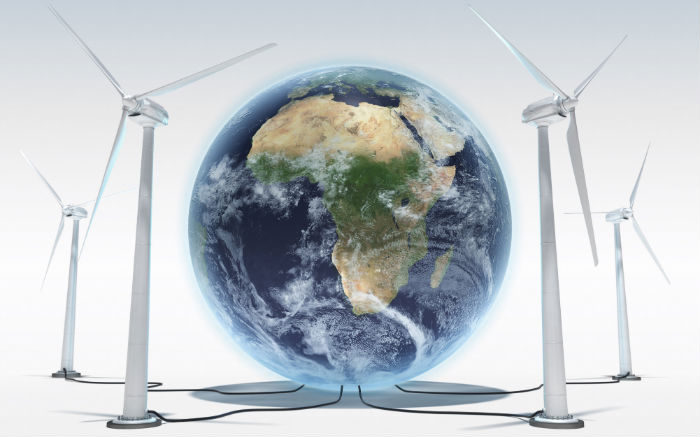 A quick glance at the daily newspapers is enough to realise that broad structural changes are reshaping our energy world: major shifts in the sources of demand and supply, with supply shortfalls in some countries and new sources of energy in others, a changing geopolitical context, and the ongoing scrutiny of the environmental impact of the industry.

As a result, today’s energy landscape exhibits growing complexity. These trends pose profound challenges for energy producers and consumers, as businesses must consider how they can adapt and succeed in managing this complexity.

STRUCTURAL CHANGES IN THE CURRENT WORLD OF ENERGY

Shifts in geographical source of demand

Energy consumption outside of OECD countries has surged transforming the landscape of global demand. Indeed since 1990, energy consumption here in the Middle East has tripled (from 1.4 billion barrels of oil equivalent (boe) in 1990 to 4.2 billion boe of primary energy demand in 2010). In contrast, energy demand within the OECD has fallen as a result of a shift away from energy-intensive industries, energy efficiency policies and slower economic growth. This trend is set to continue. Ninety per cent of the growth in energy demand through 2030 is expected to come from non-OECD countries.

For instance, Middle Eastern energy demand will grow by another 50 per cent in the next 20 years from 4.2 to 6.4 billion of barrels of oil equivalent.

As sources of demand have shifted, global energy supply has struggled to keep up, in part because of the fundamental limits on the supply.

The underlying production of conventional crude oil has been static at approximately 70 million barrels per day (MB/D) whilst conventional production in mature basins has been generally falling. Cheap and easily accessible crude is increasingly hard to find. The
increase in oil and gas production in the US and Canada — largely driven by tapping unconventional sources — has raised the possibility that North America will become a net exporter of gas with a potential of somewhere between 50 and 100 million tons of LNG exports per annum, potentially overtaking Qatar as the largest LNG exporter in the world.

However, even here there are many unknowns as the US Department of Energy delays export permits due to political concerns about the negative impact of LNG exports on local gas prices. This situation can only add more uncertainty to the global oil and gas supply and demand balance.

Nationalism and other political factors

These can also constrain access to energy resources if countries choose to restrict foreign involvement in their energy sectors. The expropriation of Repsol’s stake in the Argentinean YPF is the latest in a long line of examples.

The world’s existing conventional-energy infrastructure is not yet equipped to respond to growing environmental concerns which will imply a need for a transformation of the world’s energy mix. For example, carbon sequestration is still not happening on any great scale whereas consequences of climate change are being debated.

One striking characteristic of today’s challenging global energy landscape is its growing complexity, partly as a consequence of the industry’s need to employ ever-more-sophisticated technology to access new resources and meet new demand. As a consequence, energy projects are increasingly large and challenging (e.g. ultra deep water) and the capital expenditure requirements are huge. Additionally, the global energy system is more and more interconnected.

In the natural gas market, for example, the LNG market has created growing interregional ties, which means that local events affecting LNG supply or demand will increasingly have a worldwide impact.

The growing pressures on the global energy system have led to heightened fragility and uncertainty. Large, intricate, and challenging projects in difficult basins often face major delays. Global markets for oil and gas remain highly susceptible to the impact of local shocks.

The mere suggestion of disruption to supplies – such as Iran’s threat to the Strait of Hormuz in early 2012 – can have major global implications.

The reliance on Saudi Arabia to meet these shocks as the most dependable and largest swing producer of crude has increased in step with uncertainty over the last decade as some other OPEC countries struggle with production due to reduced capital investment in infrastructure or declining fields or both.

The importance of the Middle East’s contributions to OPEC continues and if anything is growing. Can other producers support the region in filling the global crude production gap caused by the fragility and uncertainty referred to above? Iraq will certainly have an impact if they are able to deliver on their plans to increase their crude oil production capacity. In line with this, the IEA recently reported that Iraq may be able to produce six MB/D by 2020 and more than eight MB/D by 2035.