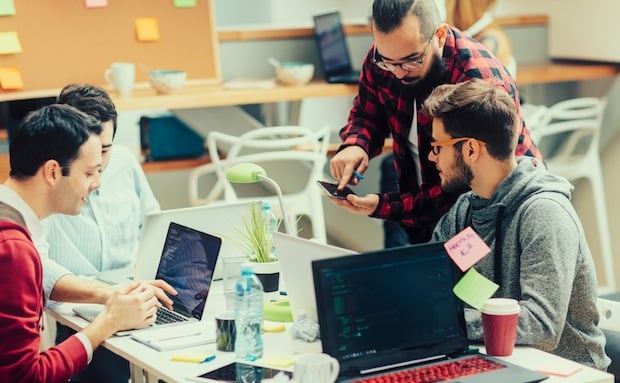 The economic diversification drive undertaken by regional governments in the past decade to wean their economies off oil has given rise to a plethora of startups across the Middle East and North Africa (MENA) region.

And with the wider region’s startup ecosystem gaining ground, there’s been a lot of talk about accelerators and incubators and the support that they offer to budding entrepreneurs. But there’s also confusion over whether these entities provide the same kind of backing.

The answer – they don’t.

Accelerators galvanise the growth of an existing company, or rev its engine, while an incubator nurtures a creative, even disruptive idea, hoping to convert it into a practical business model.

That said, both accelerators and incubators offer the vital tools for startups and have mushroomed regionally in recent years. In the UAE, AstroLabs Dubai, Dubai Future Accelerators and in5 are some of the prominent ones.

The regional startup ecosystem has grown from strength to strength; the first half of 2019 saw a record number of 238 startup investment deals take place across the MENA region, amounting to $471m in total investment, a report by Magnitt found.

The UAE remained the most active startup ecosystem with 26 per cent of all deals, followed by Egypt (21 per cent), and Lebanon (13 per cent), the report revealed.

Oman’s entrepreneurial drive may trail its GCC neighbours, but the sultanate has taken strides in closing the gap. The Oman Technology Fund, in partnership with 500 Startups, initiated the Wadi Accelerator programme, a $15m tech startup funding initiative.

Within the regional startup landscape, collaborations among cross-border investment hubs to encourage synergies has been a promising development.

Additionally, in Q4 2019, Saudi’s Misk Foundation and Abu Dhabi’s tech ecosystem Hub71 signed a partnership for cross-border access, and to create a more dynamic market for startups between the two GCC states.

Across the wider region, 12 startup accelerators and incubators from multiple MENA states announced a partnership in 2019, creating a network of support and resources for their portfolio companies.

Going forward, what is expected is for accelerators and incubators to become the cynosure of innovative ecosystems, creating further synergies between researchers, startups and investors.