In January this year, there was a gargantuan event within the auto industry, the scale and magnitude of which is rarely witnessed. Italian-American firm Fiat Chrysler Automobiles merged with the French PSA Group to create Stellantis, the world’s fourth largest automaker. Stellantis was formed on the promise of delivering EUR5bn of annual synergies to investors of the company which is listed on the Paris, Milan and New York exchanges. The entity has a formidable arsenal of 14 brands including Jeep, Maserati, Ram, Alfa Romeo and Fiat, among others.

Leading the regional business is Dubai-based Markus Leithe, who was appointed as group managing director at Stellantis for the Middle East in February this year. “This is not a takeover, this is a merger of equals – so it wasn’t that FCA took over PSA. We pride ourselves on not being considered as a French, American or Italian brand, but more of a global brand,” says Leithe of the company that deliberately looked beyond the three home countries of the merged entities and chose neutral Amsterdam in the Netherlands to base its new headquarters. He is directly overseeing GCC and Levant markets, as well as that of Iraq, with the possibility of Pakistan being added to his watch as well. And while it’s only been a few months into his role, apart from managing the administrative ground realities of effecting a merger, he’s had to keep an eye on the financials as well. In Q3 2021, globally, Stellantis reported net revenues of EUR32.6bn, down 14 per cent compared to Q3 2020. In the Middle East and Africa market, it reported a 10 per cent dip in net revenue to EUR1.045bn in the third quarter of this year and consolidated shipments of 49,000 units, down 22 per cent over the corresponding period in 2020. Stellantis said that it had cut its quarterly production by 30 per cent, or around 600,000 vehicles, and it attributed that to the crippling semiconductor crisis.

While the semiconductor shortage has affected all the world’s major auto players, Leithe finds the silver lining within it. “With this semiconductor crisis, we are focusing on higher margin vehicles and higher trims within the vehicle portfolio. You have more competition within the organisation where you are trying to distribute cars based on the margins that you can get. You might call it opportunistic, but you try to make the best profit that you can. We are also working very closely with the dealers and making sure that they keep their performance alive with lower stock. Dealers are competing with each other for getting supply from us. We also make it very clear [that] we can’t supply those many cars, but [they] need to make sure that we are going after higher profitability areas.

“Also, [as for the] channel mix, we’ll be focusing much more on the retail side of the business and less on the big fleets or broker business.”

The semiconductor crisis incidentally coincided with the global supply chain crisis, though the latter has had a limited impact on actual deliveries of vehicles and more on the delivery of production parts within factories. “We’ve worked a lot on a supply chain on our side to hit our targets with a much shorter supply, and [we] also hold our dealers accountable. So the time to push metal into the dealers while saying, ‘Okay, please now sell them off and try whatever [you can],’ has completely gone. It’s now the other way around.” 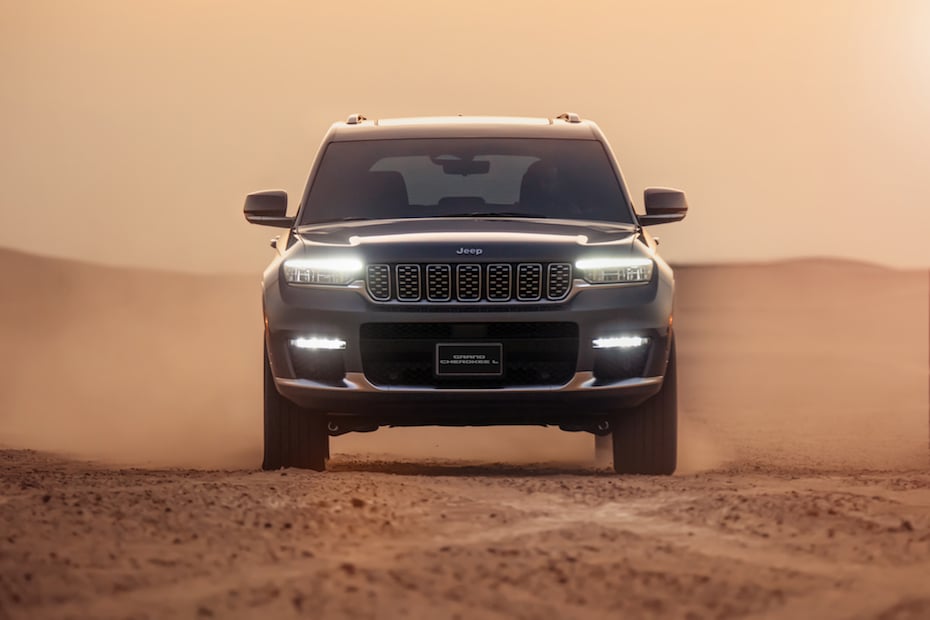 One of the most pressing needs for any global auto manufacturer today is to make sure it has a clear, viable and robust electrification strategy. Stellantis plans to spend a whopping EUR30bn over the next five years to electrify 98 per cent of all its new models by 2025.

It expects to have 55 electrified vehicles for sale in the US and Europe by 2025. The slew of EVs include the GMC Hummer EV (President Joe Biden recently got behind the wheel of one) and an all-electric Ram 1500 full-size pickup by 2024, the same year in which we will see an electric Dodge.

Every Jeep model will offer a battery-electric powertrain option by 2025, Opel will have fully electrified its fleet by 2024, the same year by which all Abarth vehicles will be electric and also by when every Fiat model will have a battery-electric option. Fiat has already begun to phase out its internal combustion engine (ICE) cars and will be an EV-only brand by 2030.

By 2030, battery-electric and plug-in hybrid vehicles are expected to account for more than 40 per cent of Stellantis’ sales in North America and 70 per cent in Europe.

But beyond focusing on product development, Stellantis is also looking at the underlying issue of the affordability of electric vehicles which is why it is aiming to make the total cost of owning one equal to that of a gasoline-powered model by 2026. “Affordability is actually the big question mark that you have, because electrical vehicles by definition will always be more expensive than ICE. The raw material that you need for electrical vehicles and the technology required will, at least in the foreseeable future, be more expensive than ICE. And that makes it particularly challenging for the low-end of the car market, and also for the not as mature markets where the population have different purchasing power,” says Leithe. “That’s something that we are trying to find the right solutions around.”

Some of those solutions include developing four EV platforms – STLA Small, STLA Medium, STLA Large and STLA Frame – as well as three electric drive modules which can be used either for front-, rear- or all-wheel drive setups. Combined, the engineering prowess creates a flexible setup at Stellantis that allows it to offer a EV solution for anything ranging from a runabout to a full-sized SUV.

Stellantis has planned five battery factories that will cumulatively deliver 260-gigawatt hours of battery capacity by 2030, half of which will be available by 2025. It also aims to have a solid state battery in place by 2026.

In October, Stellantis announced a joint venture with LG Energy Solution to establish a battery manufacturing facility with an annual production capacity of 40 gigawatt hours by Q1 2024 in North America. It followed that up with the announcement of a deal with Samsung SDI to set up another battery plant in North America that is expected to be able to initially generate 23 gigawatt hours when it commences operations in 2025.

However, will Stellantis battery manufacturing sites crop up within the Middle East as well? “I will say it’s possible. We have had some very initial exchange of opinions around that, but nothing beyond that. There is definitely an interest coming from governments around that.”

Apart from pure battery technology, Stellantis will also soon showcase its hydrogen fuel cell van. Hydrogen is a subject that has found much favour with the region already. “We know that Saudi Arabia, for example, at the moment is very interested in hydrogen. I think there have been a lot of announcements with regards to potential hydrogen manufacturing in Saudi Arabia. Is this something we could be interested in? Absolutely. But there’s nothing to announce at this point,” notes Leithe of a country that has stated its intentions of becoming the world’s largest hydrogen exporter.

As Stellantis nears its one-year anniversary, Leithe’s team is ironing out the administrative entanglements of the merger, mainly focusing on systems integration, creating a unified company culture, helping the brand find its identity and a common standard operating procedure that cherry picks the best practices from each of the merged entities to create a single global SOP. “I think when it comes to my vision personally for the Middle East, we need to achieve a fair market share. Given the fact that we are already number three in the region and number four globally, I think there’s room for improvement for us from a volume point of view to grow organically, with a strong customer experience around it. I look into profitability because it pays my bills today. And equally important is employee engagement and employee satisfaction.” Stellantis in many ways is an experiment of merging cultures, transnational ideas and ideals, and business fundamentals – and is in itself a thoroughly 21st century example of globalisation.