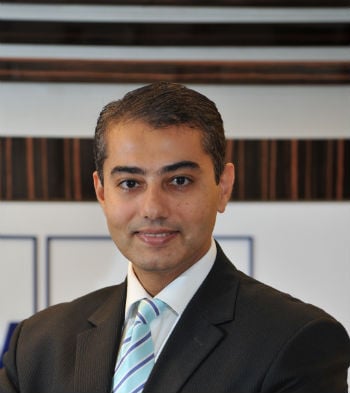 In the last decade, the Middle East region has witnessed significant economic growth, primarily driven by the surge in oil revenues.

As a result, regional economies pursued growth strategies with an aim to diversify their economies to reduce reliance on oil, boost investment in infrastructure, services and the tourism sector to act as a catalyst to further propel the regional economies.

The recent pressure on oil prices and challenging global conditions has cast some doubts on the ability of the Middle East economies to continue with its investment and growth plans.

However, the large oil reserves of these economies, and commitment to deliver on flagship projects such as Dubai Expo 2020, Qatar World Cup 2022 and strategic measures such as Dubai Plan 2021, Abu Dhabi vision 2030, mean that economic activity is expected to continue to intensify in the coming years.

Investment regulations and tax considerations play an important role in this journey. KPMG recently released the 2014-15 version of the KPMG MENASA Guide which outlined tax and regulatory overview of doing business in the Middle East, North African and South Asian countries.

Given the need to balance the protection of local interests and attracting foreign investments, Middle East countries have a protective investment regulatory regime. Foreign investment restrictions exist for setting up businesses in the region (for example UAE allows a maximum foreign ownership of 49 per cent, Oman 70 per cent).

A tight regulatory regime has also led to an array of ‘accepted practices’ which are practical solutions for foreign businesses to overcome restrictions in relation to doing business in the various countries.

Tax regulations are focused towards collecting direct tax revenues from foreign businesses particularly in the oil and gas sector.

Some of the GCC countries have narrow threshold for creating a permanent establishment (taxable presence) in their countries that requires careful analysis and planning by foreign companies executing projects in the region.

With falling oil prices, some of the governments in the Middle East countries could explore augmenting their revenues from tax based sources. Introduction of VAT in the GCC is one such measure widely debated with no concrete proposals or timelines announced.

The UAE, through its stable political environment, diversified economy, progressive mindset and a number of other factors is widely regarded and favoured as a regional hub for multinational companies.

The UAE does not levy any personal taxes or corporate taxes (except on foreign banks and foreign oil companies carrying out exploration activities). There is also minimal customs duty at five per cent which is a GCC wide levy.

Further, the UAE has over 40 Free Trade Zones which provide 100 per cent foreign ownership of businesses, guaranteed tax holidays, exemption from customs duties for imports into the free trade zones. All of these measures provide clarity and certainty for foreign businesses looking to establish a pan regional presence with UAE as a hub.

The UAE also has an extensive double tax treaty network with over 70 countries including in Africa, Asia and Europe (excluding the GCC) which provides benefits of reduced taxation in these countries for companies that set up their regional management or investment holding operations in the UAE.

All of these factors, in addition to no personal taxes, extensive air transport connectivity and superior infrastructure has made the UAE an attractive destination for multinational companies looking to foray into the Middle East region.

With economy boosting events and strategic initiatives mentioned earlier above, the region, and UAE in particular, should expect continued growth which makes navigating the regulatory and tax issues in the region even more important.