The Lotus Emira is the last petrol-powered model from the iconic British sports car manufacturer. Gulf Business was present at the regional debut of the Emira in Bahrain and sat down with Geoff Dowding, executive director of global Sales and Aftersales at Lotus, to understand the strategic direction that the marque is adopting as it prepares to navigate a future that will be undoubtedly dominated by electric cars.

Can you give us a business overview of Lotus and its key markets?
We’re a sports car company, and the largest sports market in the world by far is the United States. So [the US] is absolutely key for us, followed by the UK, Germany and Japan. Our presence in the Gulf is quite small. Again, it’s a very niche product, and we have a presence in the UAE – we’re located in Dubai and Abu Dhabi. We’re in Kuwait, Qatar and now in Bahrain too.

Part of growing the brand is developing existing markets, growing new markets and expanding into regions. So, we’ve recently established a regional office structure within the UAE which will cover both the Middle East and Asia Pacific. We planted a new regional director, Dan Balmer, who previously worked for Aston Martin. Part of his remit will be the expansion of the brand through the region, particularly in Saudi Arabia where we’re not present today.

The capacity next year will be 5,000 cars per annum. So it’s very much a game-changing investment in terms of new processes and systems – there are even some robots for the first time in terms of body assembly. The investment is two-fold. One is [raising] volume by investing in new processes, and [the second is that] by investing in different manufacturing systems, it significantly raises quality as well, which is key as we look to expand into new segments. 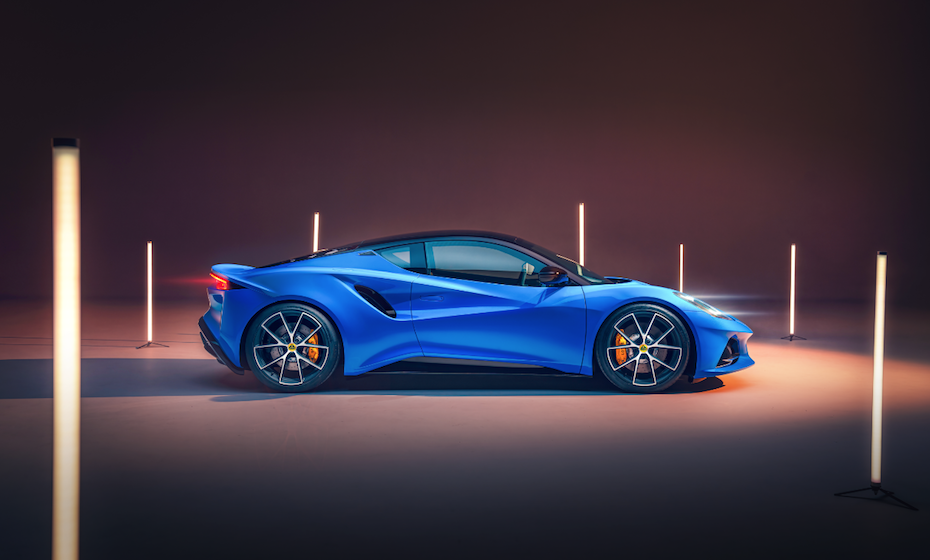 What were some of the biggest challenges Lotus encountered when building the Emira?
The biggest challenge is creating a Lotus sports car with a much wider appeal. So adding practicality, functionality, comfort and everyday usability to the car, while at the same time maintaining the aerodynamics, handling and performance. And of course, Lotus is all about lightness, because lightness equals performance.

The Emira powered by AMG will debut in 2022. How did AMG come on board as a technical partner for Lotus?
We wanted to create some choices within the engine offering. Also, emissions in some markets are extremely important in terms of duty and taxation. We also wanted to create a different driving experience within the car. The AMG engine was available. The introduction came through our parent company, which has an association with Mercedes-Benz.

AMG was able to support us, and it was something that we felt, as an engineering organisation, was right for us. So it was a marriage that came together quite successfully, and probably slightly unexpectedly.

In terms of where that goes in the future, it’s difficult to say. What I will say is that the takeup of the engine from orders already placed is really strong.

The Bahrain showroom is unique in the sense that it was the first in the world to sport the brand’s new retail identity. Why Bahrain?
One of the elements of our plan for the future was how we represent the brand. The relationship that any customer has around the world with the brand is obviously local, and we are represented in a number of different ways. We wanted to create some consistency and to modernise our presentation in the showroom, but at the same time, we’re not looking for the same footprint in every market.

So we’ve created a very modular and flexible system that gives us the ability to represent ourselves in a consistent way in the future, respecting the local investment capability, local architecture and cultures, but at the same time creating a kind of ‘Lotusness’ within the retail environment that doesn’t exist today.

We’ve returned to Bahrain for the first time in 11 years. Our partner in the country is Adamas. We found a showroom and came to an agreement in terms of the future. We had the new brand identity, and Bahrain just happened to be the first location to launch it. 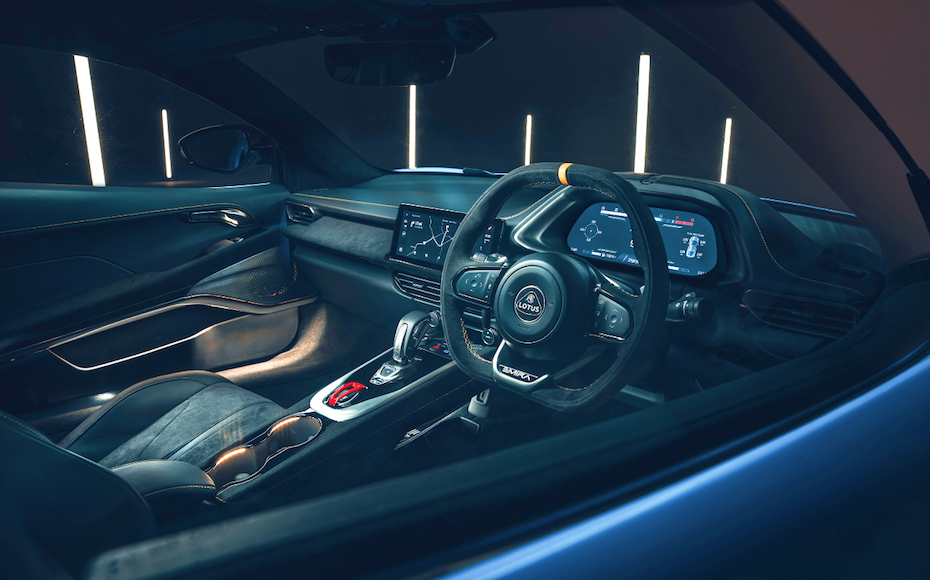 Lotus Technology also recently launched its global headquarters in Wuhan. What will be some of the likely products we will see come out of this facility?
We are expanding our brand into new segments with EV technology, and much more into what we call lifestyle products. We’ve recently announced the launch plans of four new models over the next four-five years, all of which will be based on EV technology.

So the first car is an E-segment SUV. The second car is a four-door GT crossover. The third is a D-segment SUV, and the fourth car is a new sports car.

As we are now part of the Geely group, where we share specialisms and centres of excellence, the centre of excellence for EV technology is based in China, within the Lotus tech facility. So, we will draw our EV technology from learnings that are already taking place from the development in that market, which will be the biggest EV market globally.

When will we see the first of those electric cars debut within the Middle East?
The first [cars from the] EV programme will be shown to the world in 2022. The market planning for that is still under development. We would expect to launch in the Middle East fairly soon after the primary market launches. Nothing’s confirmed yet in terms of the market release, but we would expect to see the GCC as one of the earliest [to receive the electric cars].

The Evija all-electric hypercar will be a game-changer for Lotus. Can you tell us your plans for it?
The Evija was a real kind of brand statement, out of the blue. The car is very close now to the point of final development with production starting towards the end of this year, early into 2022. We have a number of deposits of very interested parties.

What plans does Lotus have for the SUV category?
As a sports car manufacturer, just to put it into some kind of perspective, the segment that we operate in today has a basket of competitor cars that we compete against of about 90,000 globally. So we’re operating in a very small segment.

If you want to expand as a business, if you want to become a global player and a proper car company, then you have to enter into the fastest-growing segment – the SUV segment.

So of the four products that I mentioned earlier, the first of those will be a very high-end E-segment SUV. The [SUV] segment size is significantly greater than the current marketplace, but our ambitions in terms of percentage share of that needs to be kept well and truly grounded.

So, we see for ourselves about 4-5 per cent of our sports car segment, and we wouldn’t think higher than that at this stage in terms of market share with the level of competition that exists. It would be wrong to plan around a large market share – we have to be sensible about expectations.

What are some of the highlights of Lotus’ Project LEVA (Lightweight Electric Vehicle Architecture) and how will that define the future of the brand?
There are two sides to the LEVA story. One is our own product development, and the other side of it is the division of Lotus engineering. We are active consultants within the automotive industry to others. And that project will give us the ability to offer a number of small volume options for ourselves with that platform from an EV basis, but also the ability to offer that technology to other manufacturers as well, who may wish to enter into the sports car segment. There are already partners in play with that concept.

Lotus is reportedly getting ready for a comeback into motor racing with the GT4 category. Is F1 on the horizon too?
I think the company is very ambitious to be in motorsport at the highest level but you have to go from A-Z in steps. We wanted to do a GT4 programme with the Evora and that didn’t happen for a number of reasons. But we will be ready for GT4 with the Emira, almost to the point of the launch of the car into the marketplace. We have a very strong partner in terms of the development of the car, and we’ll see where that takes us – but motorsport is very much part of our DNA, no question.

What are some of the global performance targets that Lotus has set out to achieve across key markets worldwide in the near- to medium-term?
The US is absolutely fundamental. You need a strong presence, a strong market performance and a strong level of customer service. You can’t just live off the UK or Europe. The two big markets will be the US and China. Europe is key, but also all the way down to Australia. We’ve just gone to New Zealand. We’ve just entered South Africa, we’re entering Thailand too and looking at Indonesia as well. We’re looking at Saudi Arabia, which is a key automotive market locally.