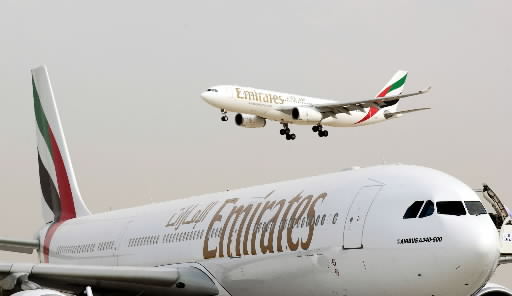 1. The departure begins with the filing of a flight plan by pilots. It includes information such as departure and arrival points, estimated time en route, and alternate airports in case of bad weather.

2. Once the passengers have boarded the plane and all checks have been completed, the pilot calls the air traffic controllers for clearance to start taxing.

3. Air traffic control officers (ATCOs) then do visual checks and use the ground movement radar to ensure that there are no blocks in the runway.

4. The aircraft is guided to the holding point of the runway – the last point where the aircraft does the final taxi – and will leave only when ATCOs give the clearance for takeoff.

5. Before take-off ATCOs check the size of the aircraft and the speed it can operate to decide when it should begin moving from the holding point.

6. Once a flight has taken off, Dubai’s ATC will track and guide the aircraft until handover to Dubai Approach.

7. A flight that arrives follows similar procedures to take off. The pilot will communicate with the ATCOs on visibility factors, speed and other safety related matters.

8. An Instrument Landing System is used to provide the pilot with a visual electronic glide slope on his or her screen inside the aircraft. Ground movement radars are used once again to check there are no safety hazards.

9. As the aircraft begins gliding, the ATCO guides the pilot through the process. He or she needs to make sure the aircraft is not coming in too fast or too slow, is not going to over-run the runway or enter restricted area.

10. Once the aircraft lands, it gets guided to a bay for the passengers to disembark.