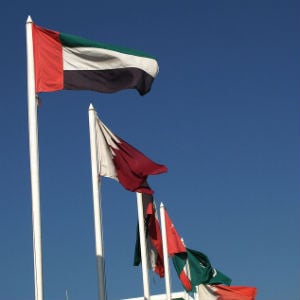 Overall growth in the GCC has been very robust this year given world market conditions, with average GDP growth of 3.7 per cent projected for 2013, according to Arno Maierbrugger of Inside Investor.

Large infrastructure projects are being boosted by oil income, which among other drivers will lead to further growth in 2014, estimated at 4.7 per cent on average.

Unlike rapid growth markets India, Turkey and Brazil, which are struggling with sharp currency depreciation and having to tighten monetary policy, GCC countries including Saudi Arabia, Qatar and the UAE seem more robust with low levels of government and external debt, according to Ernst & Young.

In addition liquidity dynamics have stabilised following the 2008 to 2009 crisis. While not all the mega projects of the past have resumed, Maierbrugger suggests the fundamentals have recovered strongly.

“Some countries have taken the first successful steps of diversifying away from hydrocarbons, among them Abu Dhabi and even Saudi Arabia,” he says.

But the boom the GCC is enjoying has been in stark contrast to the Levant and North Africa, where economies have been impacted by social and political challenges.

The fallout of the Arab Spring revolution was among the largest geo political factors impacting GCC markets this year. The crises in Egypt, Tunisia and Syrian Civil war have led to a heavy influx of capital from other Arab regions to the GCC, which is considered a relative “safe-haven”.

As was shown when Gulf countries, including the UAE, Saudi Arabia and Kuwait, pledged $12 billion this year to help prop up Egypt following the removal of president Mohamed Morsi from power by the country’s military in July.

The flow of money is crucial for economic recovery, in these non-oil exporting states.

“The GCC has been put in the role of a growth locomotive for MENA,” says Maierbrugger.

Going forward the continued impact is expected to be wider business collaboration within MENA with money and investment flows from the richer GCC to poorer countries assisting in economic transition says Maierbrugger.

“It will also expand export markets and can help create much-needed jobs in the Arab crisis states,” he adds.

Faced with stagnating Western markets, GCC states have also turned their eyes east to Southeast Asian nations that are experiencing an unprecedented boom.

These include the recent free trade agreement between Singapore and the GCC- the first of its kind between the regions- according to Maierbrugger – and Qatari owned telco Ooredoo’s huge planned investment in Myanmar, having won a telecoms licence in the country earlier this year.

“This new orientation will certainly impact the GCC market in a sense that East Asia will transform from a source of cheap labour to an important business partner, and the mindset in the GCC towards this region would need to change,” says Maierbrugger.

Going forward he believes the economic and political condition of the US and volatility of the US dollar is going to need serious consideration from the region. All GCC currencies except the Kuwaiti dinar are pegged to the US dollar and are therefore forced to ride any imminent economic waves.

China’s determination to break the dominance of the dollar with the flotation of its currency, the renminbi, on international FX markets could also have untold consequences in the future.

“What this means for the oil market cannot be said now, but given the fact that China is on the way to be the most energy hungry nation on the planet the rules in the oil trade will most likely have to be rewritten over the next decade,” says Maierbrugger.

Oman has been benefitting from massive government spending in the non-oil sector, says Maierbrugger, establishing new ports, industrial and free trade zones. The country has also seen a rise in premium tourism.

As a result Oman is currently experiencing some of the highest growth in the GCC, with the IMF projecting a 5.1 per cent rise in GDP for 2013.

Inflation is declining, but there is still some room for the country to strengthen its position on the overall competitiveness and doing business indicators, according to the IMF.

Kuwait has been benefitting from stable oil prices and the economy is doing well, although over-exposure to hydrocarbons is an issue, says Maierbrugger. Diversification remains a long-term problem and the country’s non-oil fiscal deficit is expected to increase further this year.

Some Kuwait investment companies continue to make losses and the sector remains vulnerable to global and regional financial and real estate markets, according to the IMF. GDP is projected to grow at a rate of 0.8 per cent in 2013.

Bahrain has done well from high oil prices but is struggling with its non-oil economy. The Islamic finance sector has seen some support from the government and is expected to contribute to transformative change, says Maierbrugger.

Bahrain is the only GCC country not to run a large overall fiscal surplus from high oil revenues, according to the IMF, with the Kingdom in deficit. It also remains more vulnerable to temporary declines in oil income because unlike its neighbours it has not accumulated large official external assets. The IMF forecasts 4.4 per cent GDP growth for The Kingdom in 2013.

Having benefited from heavy government investment, Dubai is firmly established as a regional hub for trade, logistics and information services. Abu Dhabi has targeted knowledge-intensive sectors, such as aviation, petrochemicals, renewable energy and health care.

Ernst & Young expects GDP growth of around 4 per cent in 2013 and 2014, down from 4.4 per cent in 2012 due to a smaller increase in oil output. The non-oil economy is expected to gather momentum over the next two years however.

“The construction and real estate sectors, which have seen prolonged weakness since 2009, are expected to pick up, while trade and tourism should remain buoyant,” says Ernst & Young’s managing partner for MENA advisory, Gerard Gallagher.

Qatar’s heavy infrastructure and World Cup 2022 investments will be a massive driver for the economy for the years to come, says Maierbrugger, albeit the recent discussions about labour conditions haven’t been helpful and this issue has to be addressed in a better way.

Ernst & Young estimates a further slowdown in the country’s GDP growth to 5.8 per cent this year, compared to 6.2 per cent in 2012, with longer-term growth expected to remain around this level.

Saudi Arabia has seen a vibrant economy backed by robust oil prices, and the government has invested significantly in infrastructure development, construction, industry and government services. Inflation and unemployment is low, and the outlook is favourable, according to Maierbrugger.

Ernst & Young expects the Saudi economy to grow by just over 4 per cent this year and next, down from 5.1 per cent in 2012 due to lower oil production.

“The strongest performing sectors will be those that are driven by domestic consumption and that stand to benefit from recent government investment. Transport, construction and utilities are likely to be among the top performers,” says Gallagher.