How A Boeing 737 Is Made - Gulf Business 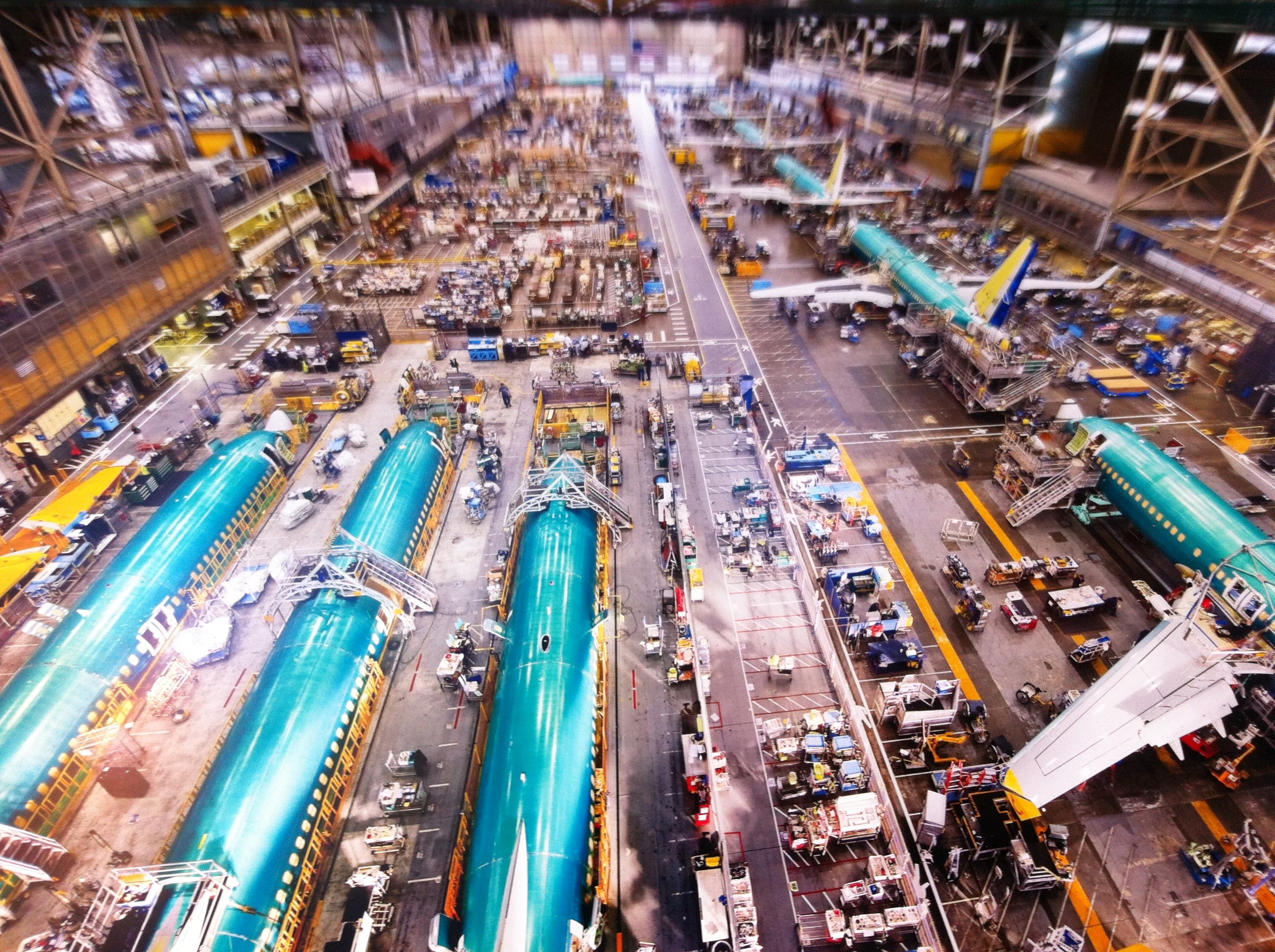 Boeing’s Renton factory in Seattle, Washington, is home to the production of the 737 and what will be the 737 MAX.

What is truly astonishing about this facility, which measures 69,677 square meters, is the speed at which it turns out its aircraft. By next spring the expected production rate will be up to 42 planes a month. That’s almost one and a half 737s a day.

1. Fuselage arrives from Wichita
The 737 fuselages are built in Wichita, Kansas, and take eight days to arrive in Renton after a 2,000-mile rail journey. Each fuselage exterior receives a thin, green protective coating.

2. Initial interior installation
The fuselage is loaded by crane into the “systems and installation” position inside one of two final assembly buildings. Mechanics install 80 per cent of the permanent flooring. Electrical and hydraulic systems, plumbing and insulation blankets are fixed inside the fuselage. Over-wing doors and the radome on the nose of the airplane are installed.

3. Wing and winglet assembly
The wing build-up process begins in a separate Renton building and culminates in final assembly. A set of wings receives hydraulic and electrical systems and optional winglets.

5. Landing gear
Next, mechanics install the landing gear, and the airplane joins the “moving line,” a continuously moving assembly line that slowly moves products from one assembly team to the next.

6. Tail join
The vertical, or tail, and horizontal stabilizers and painted rudder are added. Pre-painting the rudder aids in balancing the part during installation. Mechanics also add plumbing, tubes and ducts, and rig flight controls.

8. Engine hang
Crews perform about five “flight days” worth of functional testing before the airplane receives its engines. Engine supplier CFM trucks engine “cores” from Ohio to Renton and Boeing adds hydraulic, plumbing, exhaust and fire suppression systems to complete the build up. Engines are around one-fifth of the cost of an airplane.

9. Rollout
The airplane then spends around five days at Renton field before it makes its “B1” or first flight. The finishing touches include avionics installation, engine run and fuelling.

10. Painting
Painting takes up to three days. The thin, green protective coating is washed off before.