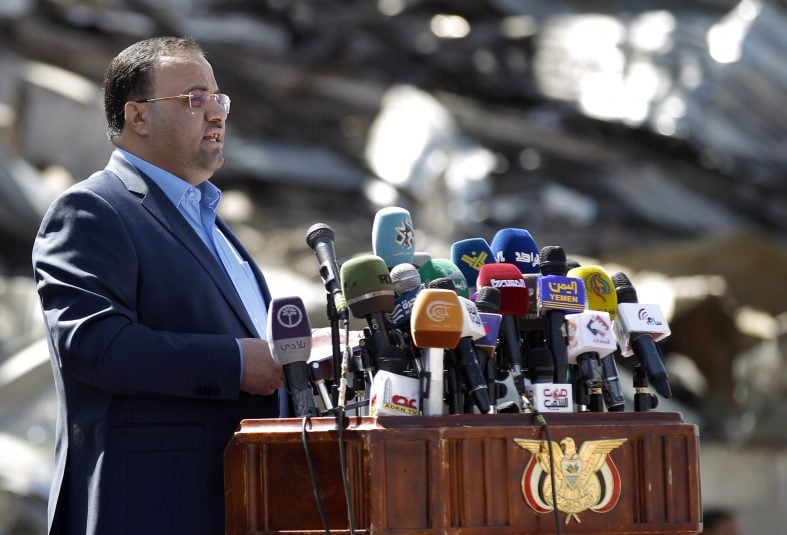 The second-highest ranking Houthi leader has been killed in an air strike by the Saudi-led coalition, the Yemeni militia group has confirmed.

Al Sammad was the head of the supreme political council and second on the coalition’s list of most wanted people in Yemen, offering a $20m reward for any information that led to his capture, according to Saudi-owned Al Arabiya TV.

The same news channel reported on its website that Al Sammad was killed in a raid on Al Buraihi in southern Hodeidah, quoting sources that said he had been under house arrest in recent weeks following disagreements between rebel factions.

The Houthis have been fighting the coalition-backed pro-government forces since March 2015, and at the start of April Al Samad described 2018 as “the year of ballistic excellence”. Since November, the militia has launched several ballistic missiles at Saudi Arabia, all of which have been intercepted by anti-aircraft defences.

Most recently, on Monday, two ballistic missiles were fired at a Saudi Aramco facility in the southern city of Jizan – both of which were destroyed.

The second-in-command’s death came as coalition forces escalated their attacks in Hodeidah and Taez provinces, with dozens of Houthi commanders reported to have been killed in fighting in Taez on Saturday.