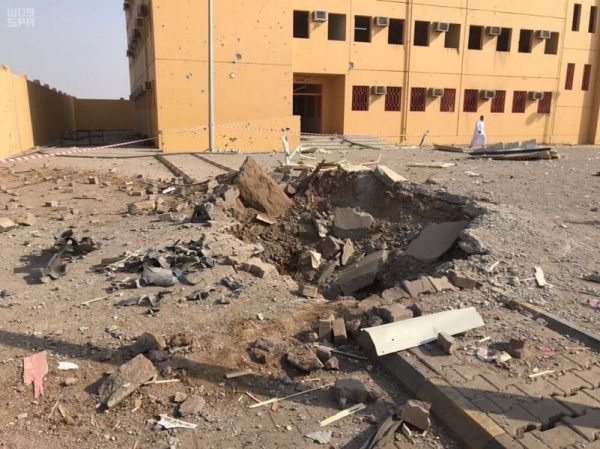 Images of the aftermath of the attack on the school in the village of Al-Jaradiyah in the Jazan region, posted by the agency on Twitter, show a crater in the school yard.

Glass and debris is also seen strewn across the floor inside the building alongside windows blown off their hinges. 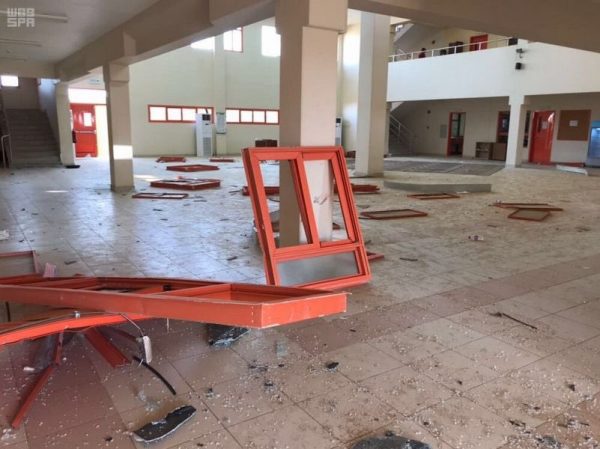 A source within the Saudi-led coalition fighting Houthi rebels in Yemen said the missile damaged the school, its yard and some private property.

Saudi Arabia’s southern regions have repeatedly been the target of missile attacks by opposition forces in Yemen since the country entered the civil war on the side of the internationally recognised government of President Abd-Rabbu Mansour Hadi in 2015.

The Saudi Royal Air Force intercepted a missile at the end of September heading towards the city of Khamis Mushait.

Another incident in June saw two Saudis injured when a projectile landed in the city of Najran.