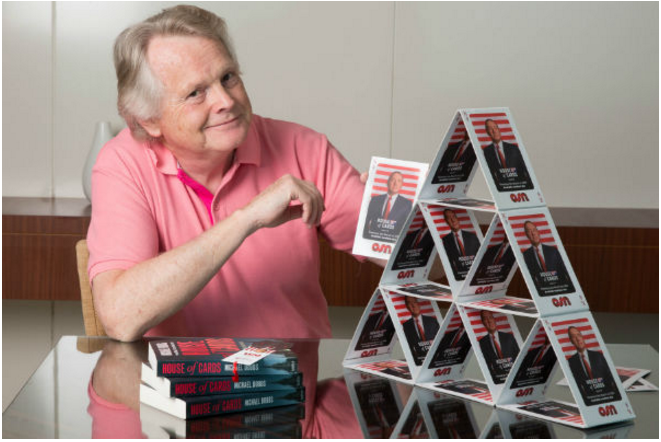 Regional TV network OSN has announced the arrival of series four of popular drama House of Cards on its online streaming service.

The 13-part series will be available on OSN Play until March 18 and also air weekly on OSN First HD from March 21.

Coinciding with the launch, Michael Dobbs, the novelist whose book inspired the TV series, arrived in Dubai this week for the Emirates Airline Festival of Literature.

“House of Cards has been one of the highlights of my career and I love seeing these extraordinary characters come to life on screen,” he said.

“As a writer, there are always initial nerves when your work is adapted for TV, but I am huge fan of the show. And that’s not just because of my involvement, but the hard work and creativity that the directors have brought to it and the quality of acting that’s been seen in the show from episode one. Season four is going to give viewers all the edge of the seat drama that they’ve enjoyed before and more,” said Dobbs, who is an executive producer of the series.

The show was released by online streaming service Netflix in the US on March 4, but was absent from the company’s UAE service.

It is unclear whether it will be available on Netflix after March 18.