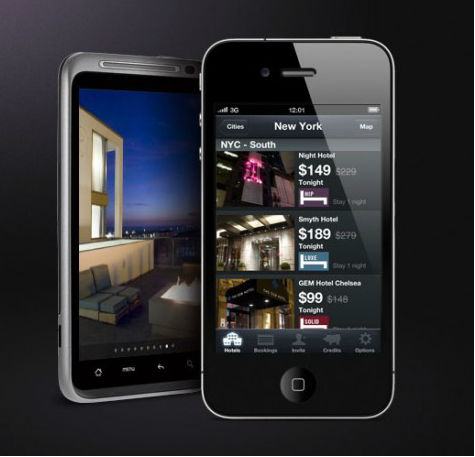 The firm, which offers discounts of 30 to 70 per cent on rooms booked up to a week in advance, has lined up more than 100 hotel partners in the emirate, according to HotelTonight Middle East general manager Bao Dinh.

Dubai was previously the number one destination searched for on the app that was not available, he said. An estimated 70 per cent of rooms in the emirate are booked within a seven-day window.

Following its Dubai launch, Dinh said the app would gradually expand to the other emirates and neighbouring countries.

“We will expand into the other emirates and then grow as fast as demand grows for our service in the Middle East.”

The UAE is the 35th country in HotelTonight’s footprint following expansion to Australia and Russia earlier this year. The application has been downloaded 14 million times since launching in 2011 and has experienced “triple-digit revenue growth year-on-year”, according to Dinh, although it does not disclose its finances.

Its target audience is split between last minute leisure guests and business travellers, with the majority aged between 25 and 39.

Dinh said the reason for the app’s expansion to the Middle East was to grow its user base rather than find additional funding. It has closed more than $80m of venture capital funding to date.

The application is capitalising on a trend towards booking hotels on mobile devices.

In a study of 300 million global bookings worth $150bn, in the first half of 2014, research firm Criteo found that 21 per cent of hotel bookings were made using mobile devices.

However, the company found mobile bookings were worth 30 per cent less than other sources, because they were often made on the same day and for shorter periods.