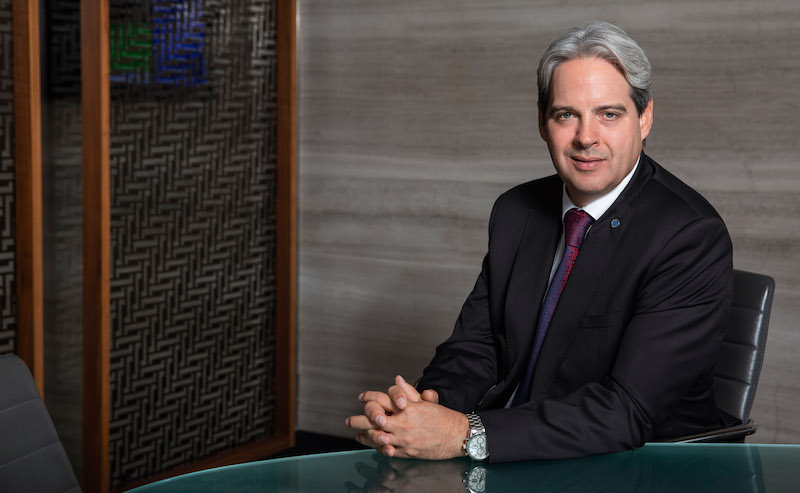 Abu Dhabi-based hotel operator Rotana has announced that its acting chief executive officer, Guy Hutchinson, has been promoted to serve as the new president and CEO.

Hutchinson has held the position of acting CEO since January 2019, when the previous president and CEO Omer Kaddouri stepped down from the role.

Having joined Rotana as COO in January 2014, Hutchinson previously worked with Hilton Worldwide in Japan, Australia, China, India and the UAE.

Under Hutchinson, Rotana “sustained revenue growth, deepened its presence in the region and globally, enhanced product offering and strengthened commercial efforts and partnerships during last year”, a statement said.

In February 2019, the hotel operator took over management of Baghdad’s Babylon Hotel and in August an agreement was signed to operate the Palmeraie Resorts in Morocco’s Marrakech, with rebranding complete in Q1 2020.

Outside the Middle East and North Africa region, Rotana opened the Bosmal Arjaan by Rotana in Bosnia and Herzegovina’s capital Sarajevo in August, making its entry into Southeast Europe, and in October, the company opened the Johari Rotana in Dar es Salaam in Tanzania, which marked the brand’s entry into the East African market.

Last year, the company also announced plans to open a Centro Amman in the Jordanian capital and two properties in Dubai during the second quarter of 2020.

Hutchinson said: “Certainly exploring new avenues to deliver added value to our guests, partners and stakeholders will remain our top priority, and we will strive to realise the company’s ambitious objectives.”