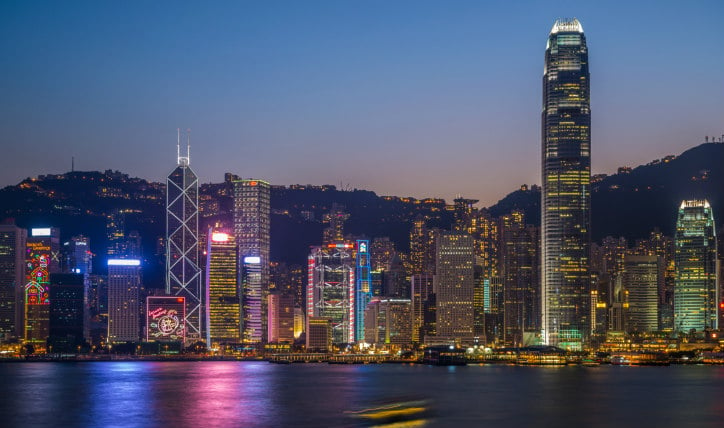 As China continues its march to become the number one global economy, all eyes are on Hong Kong as its financial facilitator and conduit.

In 1997, after 150 years of British rule, Hong Kong became a Special Administrative Region (SAR) of the People’s Republic of China. Crucially, Hong Kong retains its allure to foreign investors with its unique preferential tax structures, including 15 per cent salaries tax, 16.5 profits tax, no capital gains tax and no VAT.

With more than 90 per cent of its GDP stemming from services, the city is already a bustling hub for international companies that demand flexibility and access to markets. But the next hurdle for Hong Kong, particularly as China modernises at a rapid rate and requires mammoth investment, is securing its status as China and Asia’s preferred financial centre.

Hong Kong was named the world’s top financial centre for the second year running in 2012 by the World Economic Forum (WEF), thanks to the strength of its business environment, infrastructure and a favourable tax regime.

“Despite these strengths, Hong Kong has a relatively underdeveloped bond market and its financial sector has yet to be fully liberalised,” the report said.

The WEF report added that global policymakers face a “monumental” task to restore confidence in markets as waning trust in the overall system holds back investment.

At the Asian Financial Forum in January this year, distinguished business leaders came together to discuss Hong Kong’s journey as an evolving financial services centre amid global macroeconomic uncertainty and concerns over worldwide regulation.

“Asia cannot be complacent about banking reforms, we still need to work on underdevelopment outside traditional banking systems. The need for structural reform is essential, even in Asia – it’s important that we look to this so we can address these issues and continue to power economic growth,” said Takehiko Nakao, president of the Asian Development Bank.

Mainland China saw 7.6 per cent growth in 2013, its slowest rate in 14 years, according to the IMF. Asia overall grew by 6.2 per cent in 2013, while advanced economies grew by just two per cent.

Hon. CY Leung, CEO Hong Kong Special Administrative Region of the People’s Republic of China, warned: “On the surface 2013 marked a recovery. The Eurozone emerged from a recession and Asia continued to attract investment. However, we face the uncertainty of the Fed unwinding its massive asset investment programme.”

Jereon Dijsselbloem, president of the Eurogroup and Minister of Finance for the Netherlands, called on Asia to use its considerable momentum to help reboot Europe’s lacklustre economic climate.

“Hong Kong is a strong partner for Europe. Our focus is on restoring growth based on strong but flexible credentials and not living on cheap credit as we did in the past. Together we can and should accelerate world growth. Let’s join forces between Europe and Asia.”

The Time is now

Hong Kong is well positioned to connect Eastern and Western markets and leverage its status as a finance hub by focusing on the internationalisation of the Renminbi (RMB). The Chinese currency is among the top ten globally and Hong Kong is a growing market-to-market connector for offshore connectivity.

“Daily volumes of 400 billion Renminbi are shifted globally. This trend has advanced in the last three years and in the next ten years it will be prolific. Hong Kong has a clear part to play in connecting mainland China to the rest of the world and powering Asia,” added CY Leung.

Aware of this growing demand and optimistic about China’s currency, the UAE has ramped up its RMB products. HSBC announced in September last year the launch of a series of RMB deposit accounts. The bank believes that the RMB is on track to join the US dollar and the euro as “one of the world’s top three trading currencies”.

“Hong Kong is playing an increasingly important role in the mainland’s cross border RMB-settled trade, accounting for approximately 80 per cent or RMB4.9 trillion from July 2009 to end-July 2012.”

The GCC is turning its focus towards the Renminbi simply because it is economically inefficient to use dollars and euros to finance GCC-China trade and investment links.

“The GCC banking and financial system should be integrated into the emerging Redback Zone where payments, capital markets and banking and financial assets and transactions will be based on the Renminbi as an international currency,” said Dr Nasser Saidi, founder and president of Nasser Saidi & Associates and former chief economist at Dubai International Finance Centre (DIFC).

“There is no economic or financial reason why the oil and gas exports from the GCC to China should not be settled in RMB. This would lower transaction costs and diminish risks.”

“Hong Kong is a major beneficiary of China opening up, but the risk is that China changes too fast,” the CEO said.

As of end-November 2013, the market capitalisation of the Hong Kong bourse was $3.1 trillion, ranking sixth in the world. In terms of IPOs raised last year, Hong Kong ranked second globally, according to Ernst & Young.

But Li Xiaojia called for Hong Kong to widen its financial services capabilities from traditional equities services into derivatives, futures and bonds.

“The opportunity is massive and Hong Kong is not ready. We have a narrow window and China needs us. Unless we can provide a relevant value proposition, we could be surpassed by other financial centres,” he said.

Li Xiaojia added that Hong Kong has helped to transform China to date – much of the nation’s boosted trade, FDI and capital volumes are administered through the harbour city.

Mark McCombe, senior managing director and Asia Pacific chairman of BlackRock, said that Hong Kong should also use this limited window of opportunity to create an exchange that lists the top companies from East Asia, such as Samsung.

“Once you’ve done that, nobody can take it away from you,” he urged.

Today Hong Kong stands on the cusp of a giant, transformative wave, driven by China. If the SAR can broaden and deepen its financial capabilities in the coming years, it will be primed for billion-dollar investment from much of the world.