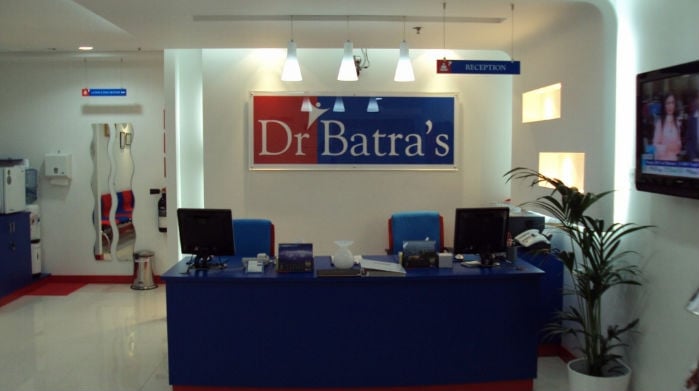 An increasing number of UAE residents are opting for alternative medicine options such as homeopathy, according to a senior practitioner.

“We grew 168 per cent in 2011, 66 per cent last year and we are projecting growth of 26 per cent this year,” said Dr. Mukesh Batra, the founder chairman of Dr. Batra’s Healthcare, an international homeopathy chain that operates in Dubai Healthcare City (DHCC).

The company is very soon planning to open a new branch in Dubai’s Jumeirah Lake Towers, and also hopes to start one clinic in Bur Dubai and one in Abu Dhabi within the next one year.

As part of its two-year plan, Dr.Batra’s also hopes to expand to other GCC countries including Oman, Bahrain and Qatar.

“It’s because of the wonderful response that we have had in Dubai so far,” Dr. Batra told Gulf Business. The DHCC branch is currently the company’s largest revenue clinic in the world.

“When we started in Dubai in 2009, it was very difficult – especially during the first two years. We lost a lot of money. Dubai Healthcare City was not the way it is today. There was nobody on this road – it was almost like a ghost town,” he said.

“But we have managed to turn it around in the last one and a half years. We have recovered all our losses and done well.”

He attributed the recovery to improved education and greater awareness about homeopathy in the UAE.

Estimates suggest that the country has around 200 homeopathy practitioners, with the majority operating in Dubai, Abu Dhabi and Sharjah.

According to a survey conducted by DHCC few years ago, up to 55 per cent of UAE residents said they would be tempted to try alternative medicine if there were formal regulations in place.

“DHCC has now brought very exacting standards to alternative medicine in terms of doctors, qualifications and operation processes and this has given confidence to people,” said Dr.Batra.

The brand’s Dubai clinic has treated 3,000 patients in total, and 93 per cent have gotten better, he said.

While homeopathy is traditionally popular among Indians expatriates in the UAE, Dr. Batra says they are receiving increased local interest.

“In the last one year, we have started getting a lot of local people as well. We get a lot of Arabs, but we have also started seeing Emirati women and children,” he stated.

They are opting of homeopathy because of bad experiences with allopathic treatments and a preference for a safe and holistic medical option, he stated.

Currently, locals account for 20 per cent of the clinic’s practice, with NRIs accounting for the remaining 80 per cent.

Globally, Dr. Batra’s has over 116 clinics across India, Dubai and London, with ambitious plans to reach over 500 clinics in the next two years.

“Our goal is to spread homeopathy to the world,” said Dr. Batra.