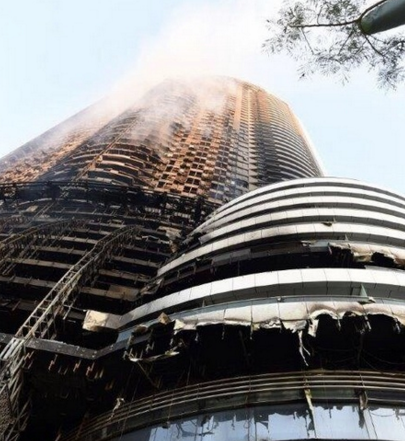 Requests for home insurance soared in the United Arab Emirates at the start of the year following the dramatic blaze at The Address Hotel in Dubai on December 31.

Home services website MoveSouq.com said that the number of requests for home insurance in the first week of 2016 grew three times when compared to its weekly average of requests.

The primary driver for the surge in enquiries was the high-profile fire on New Year’s Eve at the Address Hotel in Downtown Dubai, opined MoveSouq’s chief executive officer Bana Shomali.

“This incident caused many UAE residents to look at their own homes and ask themselves, ‘Am I protected’?” she said.

The blaze at the 63-storey luxury hotel, which left 16 people injured, reportedly began on the 20th floor. It rapidly spread and completely gutted the building.

Executive vice president and head of Consumer Lines at Oman Insurance Haris Milonas said: “Such unexpected incidents highlight the important value of home insurance covers. Insurance is a simple way to protect your home and cushion the blow from such devastating events. Today, contrary to what people think, home insurance is very affordable.”

Up to 61 per cent of Dubai residents do not have home insurance, it revealed. Although adoption of home insurance is substantially higher among homeowners compared to renters.

While 66 per cent of homeowners had insurance in place to cover their home and contents, only 25 per cent of renters had taken out home insurance coverage.

“But this mindset is changing as renters and homeowners alike start to realise that home insurance provides critical protection from a risk that is becoming increasingly visible in Dubai,” Shomali said.