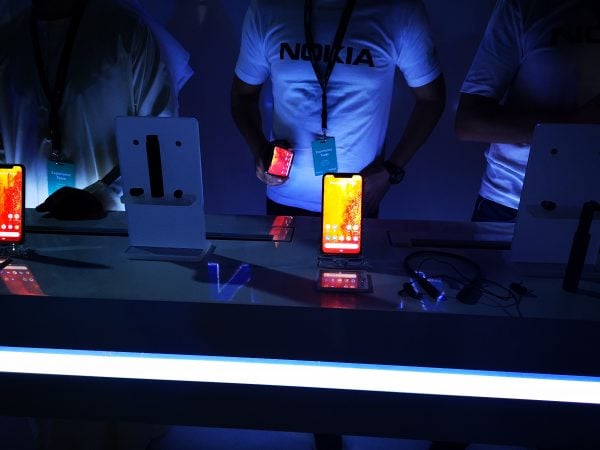 The launch comes as the firm continues to grow its market share in the Middle East and Africa mobile market, with a particularly strong showing in the feature phone segment.

As with all other Nokia devices under HMD, it comes with the latest version of Google’s Android operating system and the promise of security patches for three years.

“We’ve seen great success in the value flagship category with each of our smartphones in this class, consistently introducing new premium experiences to our fans,” said HMD chief product officer Juho Sarvikas.

“With the Nokia 8.1 we are further pushing the boundaries in this segment.”

The device is available in the UAE for Dhs1,499 from December 15 and will hit other gulf markets on December 20.

International Data Corporation said the Gulf Cooperation Council smartphone market grew 1.1 per cent from the second to the third quarter of this year, following five consecutive quarters of declines.

In contrast, four million smartphones were shipped to the region during the quarter and 1.9 million feature phones, an increase of 6.7 per cent on Q2.

“The UAE mobile phone market is being hampered by an overall lack of disposable income and job security in the country, with the effects being felt across almost every sector,” said Nabila Popal, a senior research manager at IDC.

The company expects the GCC mobile market to decline single digits in percentage terms this year but is forecasting growth in 2019.