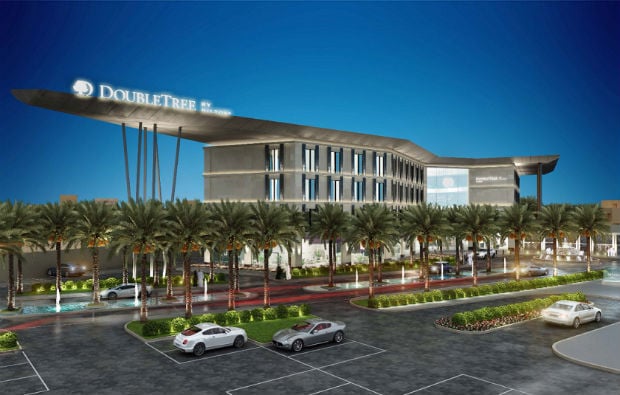 International hotel operator Hilton Worldwide has announced the launch of its first hotel in the city of Unaizah, which is located in the central Saudi Arabian province of Al Qassim.

The company signed a management agreement with local company Saud Abdulaziz Alalloush Real Estate for the hotel, it said in a statement.

The 125-key Double Tree Hilton Unaizah, located in the second largest city of Al Qassim, will have 112 deluxe rooms and suites in the main building along with a selection of two and three-bedroom villas.

It will also include amenities such as a multi-purpose function room, an all day dining facility, lobby lounge, swimming pools, fitness centre and a children’s area.

The hotel, which is already under construction, is expected to open by mid-2016.

“Saudi Arabia continues to be a powerhouse of activity for Hilton Worldwide and today’s signing will add another remarkable city to our growing national portfolio,” said Rudi Jagersbacher, president, Hilton Worldwide Middle East and Africa.

“Unaizah is experiencing impressive growth, particularly in the leisure sector, which is fuelling greater demand for quality hospitality and pleased we are expanding our presence in a city which offers so much potential.”

Hilton has been expanding aggressively across the GCC and has introduced several new brands in the region in recent years.

The hotelier recently announced the launch of its mid-market brand Hilton Garden Inn in Al Khobar, scheduled to open by 2017.

The company also revealed plans to announce the largest resort in the Middle East at Salwa Beach in Qatar.