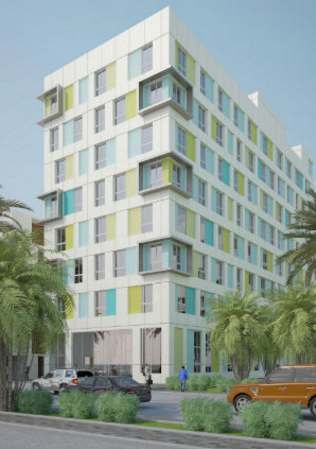 International hotelier Hilton Worldwide has announced that it will open a new hotel under its mid-market Hampton by Hilton brand in Saudi Arabia.

The 154-room Hampton by Hilton Riyadh Olaya hotel will be owned by FAS Hotels Group and operated by Hilton Worldwide. It is expected to open by 2018, the hotelier said.

“The agreement for our first Hampton by Hilton underscores the success of our multi-brand development strategy in Saudi Arabia- where we already operate four brands; have recently opened our second Hilton Garden Inn hotel and look forward to unveiling the luxurious Conrad Makkah early next year,” said Hilton Worldwide’s Middle East and Africa president Rudi Jagersbacher.

Hilton operates more than 2,080 Hampton branded hotels globally. The company is currently developing one of the largest Hampton by Hilton hotels in Dubai’s Al Qusais district as it looks to tap into the demand for affordable hotels in the region.

But Saudi Arabia is a strategic market for the brand with more than 27 Hilton hotels opening in the kingdom over the next two to three years. These follow the launches of DoubleTree by Hilton Hotel Riyadh – Al Muroj Business Gate and Hilton Garden Inn Tabuk.

Saudi’s hospitality industry is booming. Tourist arrivals are expected to grow at a compound annual growth rate of 4 per cent between 2012 and 2022, according to an Alpen Capital report.