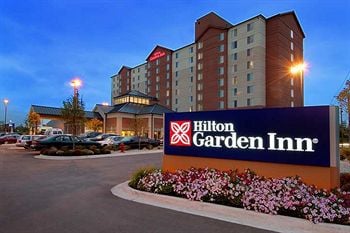 Dubai and the UAE have waited a while for their first Hilton Garden Inn – and now two are set to come at once.

Hilton Worldwide today announced a deal with wasl Hospitality which will see one open on Al Mina Road, close to Port Rashid, and the other on Al Muraqabat in Deira, by 2015. The mid-priced hotels will be almost identical in size, with Al Mina set to have 182 rooms, and Al Muraqabat 183 rooms.

“We anticipate greater demand for four-star accommodation across the city once the countdown to the global exhibition begins and hotels, such as those announced today, will play an increasingly important role in the city’s future hospitality infrastructure,” he said.

Both properties will contain a range of amenities including a health club, outdoor pool, a business centre, meeting space and free hi-speed internet. F&B options will include an all-day dining option and lobby lounge.

He said it underlines Hilton’s desire to support all sectors of the UAE tourism market, from the up-market Waldorf Astoria and Conrad hotels to the more-affordable Garden Inn brand.