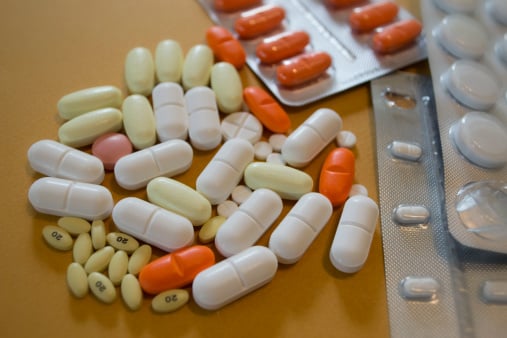 Hikma Pharmaceuticals Plc reported a 44 per cent jump in first-half profit helped by a strong performance at its U.S. injectibles business, but the Jordanian drugmaker cut its sales growth forecast for branded drugs citing shipment issues in some north African markets.

The company, which makes and markets branded and non-branded generics and injectibles, lowered its full-year revenue growth forecast for the branded drugs business to a low-single digit percentage from about 10 per cent earlier.

Hikma said limited availability of foreign currency reserves restricted product shipments in Sudan, while a restructuring of distribution channels in Algeria dragged on sales in that country in the first half.

The Middle East and North Africa region accounted for 40 per cent of Hikma’s branded drugs sales.

“The growth is going to slow in these markets … It might be slightly below last year, but we continue to expect to supply products into these markets,” Chief Financial Officer Khalid Nabilsi told Reuters.

The company also said it expected political disruptions in Iraq and Libya to further impact sales this year.

Hikma shares fell as much as 2.3 per cent on Wednesday morning on the London Stock Exchange.

“The only disappointment that came out of the first-half results was the weakness of the branded business as Sudan and Algeria performances disappointed,” UBS analysts said in a note.

Hikma, which was founded in Amman in 1978, said adjusted profit attributable to shareholders rose 44 per cent to $176 million in the six months ended June 30.

The company, which benefited from a shortage of the antibiotic doxycycline last year, said in May that it was focusing on high-value products in its injectibles business.

Adjusted operating margins in the business rose to 41 per cent in the first half from 28.5 per cent a year earlier.

“This reflects exceptionally strong sales from certain market opportunities in the U.S., a focus on higher-value products and tight control of overhead costs across our manufacturing facilities,” the company said.

CFO Nabilsi said that the company’s low net-debt-to-EBITDA ratio even after the acquisition gave it significant headroom for more acquisitions.

“We have a war chest of $1 billion plus for acquisitions, so we have increased the number of M&A and business development teams across different regions.”

Hikma paid a special dividend of 3 pence per share last year to reflect the strong performance of its generics business.