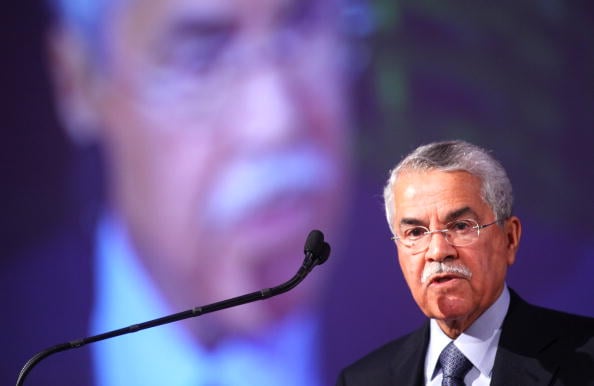 Saudi Arabia will continue to meet any additional oil demand and help moderate prices, but the recent surge in crude prices is not due to any supply shortfall, Saudi Oil Minister Ali al-Naimi said on Monday.

“Saudi Arabia is concerned about rising oil prices in the international oil market. The current high price of oil is simply not supported by market fundamentals,” Naimi in a statement sent to the media.

“Saudi Arabia will, as always, take all necessary steps to ensure the market is well supplied and to help moderate prices – and we will meet any additional demand from our customers,” Naimi said four days after Obama administration officials met to consider another release of emergency oil stocks.

Brent crude oil prices have surged about 20 per cent since oil producers’ group OPEC last met in June and have largely traded in a range of $112-117 a barrel since mid August despite ongoing concern over weak economic growth.

“The market is well balanced, forward cover remains within an acceptable range and inventories are more than adequate,” Naimi said.

“We will continue to work in collaboration with other Gulf Cooperation Council nations, and with OPEC to defend the stability of the oil market.”

Last Thursday’s meeting between U.S. government officials and oil market analysts was read by some as a sign that President Barack Obama is intent on pressing ahead with an unprecedented second tapping of U.S. government oil supplies.

The last stock release after OPEC’s June 2011 meeting angered OPEC officials, who viewed it as meddling in the market.

But Washington and its western allies fear high oil prices could harm their fragile economies and it has been clear for weeks that the White House is looking to the Strategic Petroleum Reserve (SPR) for some relief.

Reuters first reported last month that the administration was “dusting off” plans that had been shelved in the spring, when prices fell. At that time a source familiar with the talks said officials would be looking closely at whether gasoline prices fell after Labor Day, which was on Monday.

They remain stubbornly high, after Hurricane Isaac shut down a swath of Gulf Coast refineries and a deadly blast in Venezuela temporarily crippled production in part of the world’s second-biggest refinery.