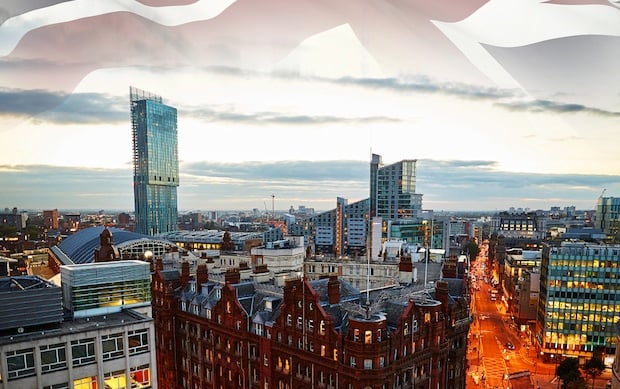 Property in the United Kingdom is one of the best and most well-established overseas investment for Gulf Cooperation Council buyers.

Earlier this year, global financial advisory firm deVere reported a 60 per cent month-on-month rise in interest for British real estate from investors in the Gulf region, while of the 70 per cent of enquiries the firm receives from international and expat investors, approximately 45 per cent are made by buyers in the UAE and Qatar alone.

Its demand is matched by its proven track record of delivering strong and sustainable returns. In the 12 months to March, British property investors achieved Dhs 100,000 in capital returns, thanks to a 7 per cent rise in average property values across the year. Furthermore, investors also saw average monthly returns rise by 3 per cent over the same period, with their assets now earning over $4,000 each month.

In June, the UK voted to leave the European Union. ‘Brexit’ was a landmark moment for British politics. But for property, Brexit represents a crucial outcome ─ a significant and immediate opportunity to invest.

For an investor dealing in a dollar-pegged currency such as the UAE dirham or the Saudi riyal, British bricks and mortar suddenly became 12 per cent more affordable. On June 27th, two trading days following the vote to leave, one pound was worth just $1.322, compared to $1.5 the day of the referendum.

“GCC investments into the UK may begin to look much more attractive considering the exceptionally weak sterling levels that might be seen, representing something of a once in a life time opportunity to purchase UK assets” – Tim Fox, chief economist of Emirates NBD, June 24th

There is an unmissable currency window of opportunity and it won’t be here for long.

As the UK begins the process of decoupling itself from the EU, a process likely to take two years, the pound will begin to demonstrate the kind of robust strength that’s made it one of the global investor community’s preferred hedges. The fundamentals that have long made UK property investment popular with GCC investors are stronger than they have ever been.

Investors are already making moves to capitalise on this opportunity. It will be those investors that act now that prosper most.

Head north-west for a future-proof investment

Manchester, the UK’s number one city for property investment yields, had already begun to establish itself as the main choice for many overseas investors. And for investors seeking to benefit from an immediate opportunity and secure a UK property following Brexit, Manchester’s investment credentials have been further underlined.

Property owners in Manchester are currently achieving gross yields as high as 8 per cent, compared with just 5.2 per cent in the highest yielding borough in London.

But it’s also a city at the centre of the UK’s build-to-rent property revolution.

Home ownership levels are the lowest they’ve been for 30 years, while at the same time demand for rented accommodation has increased by 17,500 every month over the past decade. The rise in renting is being driven by Generation Y – young millennial workers who value flexibility over ownership.

Purpose-built rental property is the accommodation choice a generation that proactively chooses to become long-term tenants. In Manchester, Generation Y inhabitants account for 22 per cent of the total population, almost four times the national average. But while there is now a demand for 4,000 new build-to-rent units each year to house this growing demographic, there is currently only 1,417 annual new units set for delivery over the next eight years.

Select Property has seen a 200 per cent uplift in GCC investors enquiring about UK property since the vote. With the immediate opportunity to get an asset at current prices, combined with the strong future growth prospects for build-to-rent property, Manchester is quickly becoming one of the most in-demand investment locations for GCC property investors.