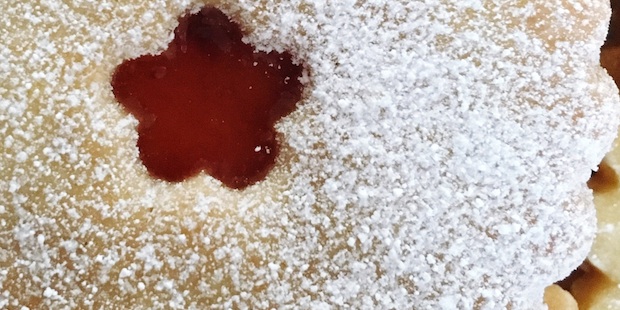 Sugar may taste sweet, but its potential impact on your company’s bottom line is not.

There is mounting evidence to suggest that excessive sugar consumption is causing a number of largely preventable diseases. This in turn could cost your business: think rising healthcare usage and higher premiums, lower productivity and increased workforce absenteeism.

The world’s daily average consumption of added sugar (sugar not contained in natural products such as milk, fruit or vegetables) is now 70 grams, or the equivalent of approximately 17 teaspoons per person. To put this in context, the World Health Organisation (WHO) recommends that added sugar should account for an absolute maximum of 50 grams or 12 teaspoons per person.

Here are four ways this problem may be manifesting itself in your company and how you can take action.

Here in the UAE, the government is so concerned about the sugar problem that action is being taken to educate the population with a health awareness campaign under the title ‘Beat the habit…fight extra sugar’ as well as a 50 per ceny excise tax on carbonated drinks. Research suggests that by 2020 more than one in three adults in the UAE could develop diabetes or pre-diabetes.

The effects on your company’s net productivity are clear: diabetes increases absenteeism and may even prevent sufferers from working altogether. According to the American Diabetes Association, there’s a direct link between the disease and impaired productivity. It notes that diabetes has ‘a profound negative effect on economic productivity due to early retirement, increased sick days, disability and mortality.’

As the Credit Suisse report Sugar consumption at a crossroads notes, in the US the healthcare costs of type 2 diabetes alone are estimated to be around $140bn. And even more worryingly, that number is set to grow at a rate of 4 per cent per annum.

While it’s certainly true that there isn’t a 100 per cent consensus on the direct link, the Credit Suisse report notes that there’s a growing argument to support the belief that there’s something specific to sugar that causes diabetes beyond just the calories it contains and the weight gain and resultant obesity it causes. And in their proprietary survey of doctors, the same report found that 96 per cent of US doctors drew a causal link between diabetes and increased sugar consumption.

We also need to be aware that some foods that are classed as ‘diet foods’ can often have low fat content but fairly high levels of sugar per 100g. By way of an example, Oatibix from Weetabix has 8g of fat, but a very low level of sugar at 1.1g. Whereas Kellogg’s Special K Original has 1.5g of fat, but a surprisingly higher level of sugar at 15g. The message to take home here is to always read the label before buying anything, to help you moderate or reduce your sugar intake.

What can organisations do about it? While government-sponsored campaigns certainly help, there’s still scope for HR managers to influence healthier lifestyles, help combat the growing addiction to sugar and reduce the costs related to diabetes through lost productivity and increased premiums.

Widespread employee health education is a good start, as is the removal of high-sugar drinks machines in the workplace. But targeted health promotion at specific workforce sectors can offer even more benefits.

The UAE’s increasingly unhealthy way of life has been well documented, especially in the overuse of energy-dense fast foods with little nutritional value, accompanied by a lack of exercise. While most would acknowledge that sugar alone is not responsible for the global obesity epidemic, it’s a major contributing factor and is linked to other preventable diseases affecting the UAE: diabetes, hypertension, vascular and cardiovascular disease, and cancer.

How bad is the problem? Industry figures released in 2015 suggest that 70 per cent of men and 41 per cent of women living in the UAE are overweight or obese and revealed that nearly half of all payouts in the Middle East between 2013 and 2015 were indirectly linked to a high Body Mass Index (BMI).

So, what can be done? Efforts to lower obesity levels could significantly reduce those ill effects and the resultant rise in insurance usage and premiums, so step one is to implement a host of wellness programmes and incentives to promote healthier lifestyles. After all, tackling the sugar obesity problem can produce real bottom-line benefits, so workplace gyms or free health club memberships, for example, coupled with targeted sugar health advice, are just some examples of how HR managers can implement a move from cure to prevention.

High levels of obesity, often directly linked to excessive sugar consumption, can result in an increase in hypertension and CVD, as well as several types of cancer. Claims data released this year and gathered over the three years to December 2016 reveals that vascular disease (heart attack and stroke) and cancer accounted for the highest proportion of critical illness claims in the Middle East, at 48 per cent and 46 per cent respectively.

Figures from the Dubai Statistics Centre also show that hypertension in Dubai, where obesity is 12 per cent lower than the UAE average, is already affecting nearly one-fifth of the population.

Organisations should lead by example by ensuring staff canteens, where they exist, offer menus designed by qualified nutritionists which limit sugar to below 10 per cent of calorific intake, and make those nutritionists available to staff. HR managers could also consider offering premium rebates for healthy BMIs as part of personal wellness programmes, which might include targeted exercise plans as well as sugar, and therefore weight, reduction.

Such an approach has shown positive results, as a study by global consulting firm McKinsey has shown: hospital admission rates and costs were significantly lower when individual risk profiles were used to help set and attain health goals through personal wellness programmes.

It’s not just the physical effects of sugar that employers should be concerned about. There is growing evidence that excessive consumption of sugar can have a negative impact on mental wellbeing – and this can directly affect productivity in the workplace.

The immediate effects of sugar on our system are well-known. Sugary foods are absorbed quickly into the bloodstream, which can cause an initial ‘high’ or energy surge that soon wears off, leaving us feeling tired and low.

But some would say the link runs deeper. In a study published in the journal Scientific Reports in 2017, researchers analysed sugar intake and occurrence of common mental disorders in over 5,000 men and over 2,000 women for a period of 22 years. It found that men with high sugar intakes have a significantly increased likelihood of common mental disorders (such as anxiety and depression) after five years compared to those with low intake. Of course, more research is needed on this subject but it’s certainly food for thought.

Whether or not you believe there’s a direct link between sugar consumption and poor mental health, dealing with a long-term illness such as diabetes can take its toll on mental wellbeing. According to the Mental Health Foundation, poor physical health can lead to an increased risk of developing mental health problems. It notes that in the UK, the cost of absences due to mental health problems is a whopping GBP2.4bn per annum.

Mental health can be a thorny issue, and when it comes to links with physical illnesses such as obesity it can be hard to pinpoint whether one has led to the other, or vice-versa. For you as an employer, it comes down to taking a holistic approach, and this may involve using some of the strategies we discussed above.

There’s plenty of scope to effect change here in the UAE in order to drive health improvements. With better employee health education on the ills of sugar, along with initiatives for employees to take control of their own health through preventative care and well-being initiatives, HR managers can influence healthier lifestyles with targeted health promotion features.

Those at the helm of an organisation, in the C suite, should also not just leave this to HR managers. After all, when employees make healthier choices in favour of a reduced-sugar diet, exercise and lifestyle, companies will reap the benefits in the form of reduced absenteeism, greater productivity and lower healthcare costs and premiums.

Stephen MacLaren is a director at AES Financial Services