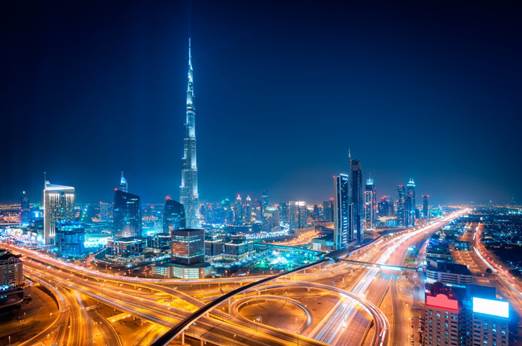 It’s never been easier, less stressful or more beneficial to move your business and family to Dubai.

From extensive help relocating, to tax benefits and falling rents, the time really has never been better to pack up your bags and make the move.

Whether you’ve been mulling it over for a while or it’s not something you’ve even considered before, here are nine reasons – business and personal – that Dubai is right for you.

First, let’s start with how it would benefit your business

1. Relocation is easy: The Dubai government estimates that almost 92 per cent of the emirate’s population is made up of expats. This should suggest to you that the process of relocation here is a well-oiled machine – and this applies to your employees as well as to yourself.

If you’re relocating an established business or looking to start a new one, then you can get help from relocation experts. These companies are specialists in the real nitty-gritty of visa requirements, tax laws, business licenses, orientation, home and school searches and settling in services.

Given this is a well-trodden path, the amount of time you need to spend researching the finer details is minimal. There are now so many people with the time and knowledge to help, it’s never been easier to relocate.

2. Freezones: Entrepreneurs and business owners can choose to take their company to the mainland or one of the many freezones in Dubai. In the freezones, you can maintain 100 per cent foreign ownership.

If you’ve been worried about having to hand over part of your business just to get a foot in the door, freezones mean you have to worry no more.

3. Tax breaks: Dubai has much to recommend when it comes to tax, with no direct taxes on corporate profits or personal income, low customs duties with many exemptions, and 100 per cent repatriation of capital and profits permitted.

Relocation to Dubai is also attractive for any employees you might have: quite simply, they’ll keep everything they earn. There is no income tax. With most major countries enforcing income taxes of 30–50 per cent, that’s quite a saving.

That’s not to say there is no tax. It’s a slight myth that the UAE is tax-free. There is corporation tax but it is only enforced for oil, gas and natural resource companies. There is also the recently introduced VAT, charged at 5 per cent.

People worry about the cost of living in the UAE, but the reality is you save far more because of what you make up through low taxation. And your employees benefit too, so it’s a win-win situation.

4. Immigration process: Policies on immigration vary from country to country, and some are far stricter than others as to who they allow in and how. This can have real repercussions on business, personal and family life for unknowing applicants to difficult countries.

Fortunately, the UAE is excellent in this regard. 8.45 million expatriates reside in the UAE already, thanks in part due to the welcoming immigration policies and energetic culture.

The UAE is built for bright and bold futures; this means that people of worth to the economy are welcomed openly – far more so than is the case in certain other countries.

If your business, personal and family situation fits such a landscape you will find the immigration process to be a formality instead of a distressing uncertainty. Applicants can secure a UAE visa in less than two weeks or up to eight weeks.

5. It’s easy to do business: And it’s getting easier and easier. In the 2018 World Bank Doing Business report, the UAE jumped from 26th to 21st position. Back in 2008, it was 47th. These figures put it higher than Switzerland, France, Spain, Italy and Japan.

When we break it down, what really makes Dubai a great place is that (compared to much of the world) it’s easy to register a property, deal with construction permits, and enforce contracts. The aforementioned freezones also make it far simpler to set up a company with the view to moving it to the mainland at a later date.

There’s also the location to bear in mind: Dubai sits at a geographical crossroads – a link between the Middle East, the rest of Asia, Europe and Africa. It makes doing business with companies in these regions far easier.

It’s never been easier to do business in the UAE, so irrespective of whether you’re planning on starting a business or moving an established one, there are few interferences or complications and it’s also a great base from which to expand your global outreach. After all, the UAE wants business to flourish.

6. Falling house prices: Previously, many people were put off by Dubai’s high house prices. But this has been changing for years. According to the International Monetary Fund, house prices in the UAE have fallen 5.9 per cent in the past year. Property Monitor estimates that in some areas, such as International City in Dubai, rents and house prices are down by around 22 per cent since their peak four years ago.

Since Dubai opened up its property market to foreign investors in 2006, the city has always had a relatively volatile market. However, compared to some of the world’s luxury hubs such as Singapore, London, Paris and New York, property is still cheap. Recent estimates from Savills indicate that a prime two-bed apartment will set you back $4.5m in Singapore. In comparison, while Dubai prices fluctuate more significantly in specific locations, the average residential unit price in Dubai  last year was a much more affordable $462,000. Overall, Savills placed the UAE as second in terms of housing investment over the next five years.

There are real bargains to be had but these slumps don’t last forever, especially in a country with a strong but growing economy like the UAE. So if you want to buy at the bottom of the market, the time to make Dubai your home is now.

7. Freeze of school fees: There is no doubt that the last few years have seen school fees becoming increasingly expensive. But the tables now seem to have turned with the Dubai Executive Council announcing a freeze of fees for 2018–2019, meaning schools will not be allowed to hike prices for a year.

International schooling in Dubai is very good. A 2016/17 school inspection report by the Knowledge and Human Development Authority found that 64 per cent of private schools offered outstanding to good levels of education. Only 3 per cent were rated as weak.

Schools also have varied curricula, with many following the UK and IB curriculums and others using those from the US, India, France, Germany, Russia and Japan.

There is little need to worry about the level of education your child will receive should you make the leap to Dubai. Sure prices may seem high, but let’s not forget they are easily offset by the lack of taxation in the area.

8. Women have more rights: The government is committed to providing women with equal opportunities. There is now a wealth of organisations, such as the Dubai Business Women Council, to help women in employment.

Whether you are female and concerned about the business environment for yourself, or male and worried about the impact on your loved one or employees, these concerns are far less of an issue than they were even a decade ago.

9. The location – safe and culturally diverse: The crime rates in UAE cities are some of the lowest in the world. Numbeo uses world data to keep an up-to-date rating of cities by indexes such as crime, pollution and healthcare. According to this data, the world’s safest city is in fact Abu Dhabi, while Dubai is 9th behind Munich, Tokyo and Singapore.

Then there are the cultural benefits: Living in Dubai opens up the world to your family. The advent of cheap flights mean that the Egyptian pyramids are just a four-hour flight away; while the excitement of Bangkok is six hours. Meanwhile it’s a flight time of between six and eight hours to reach Europe.

Given current happenings around the world, the idea of moving your family to the Middle East may concern you. When it comes to the UAE, though, that concern is misplaced; few places in the world are safer. Furthermore, spending time in Dubai will provide you and your family with a better appreciation of not one, but many cultures, across Asia, Africa, Europe and the Middle East.

The time is now

With a welcoming environment to business and entrepreneurship, good schools, falling house prices, and an amazing location, there has never been a better moment to consider moving to the UAE, and in particular Dubai.

Marie O’Neill is the general manager of EER