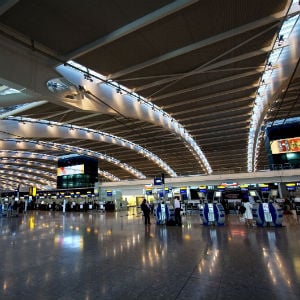 Dubai is now the second busiest destination from Heathrow after JFK, New York, according to Simon Baugh, the director of media and publication relations at BAA.

Between March 2011 and February 2012, over 1.8 million passengers either arrived from or departed to Dubai, according to official statistics.

Owing to the increasing number of visitors from the region, BAA has recruited Arabic speakers specifically over the last year, said Baugh.

“Not only do we have a large number of passengers but also it seems that passengers from the Middle East appreciate a number of things that London has to offer such as the shopping, restaurants, hotels and art galleries,” he said.

This year, the airport will also be taking several measures to ensure that passengers travelling to London during the Olympics are not affected by queues or delays, he said.

The airport is spending 20 million to build a temporary games terminal, which will help in reducing the strain of extra luggage. They are also setting up a check-in counter at the Olympic Village where the participants will be staying, said Baugh.

The airport is also stationing 1000 volunteers around the airport to welcome Olympics participants and help the other passengers, he said.

“I think if people have a ticket, they should feel reassured that they can travel without disruption, and if they haven’t got a ticket yet, they can book knowing it will be okay,” he said.

“This is particularly important this year because Ramadan starts at end of July, so we expect a lot of people will be visiting London for leisure in the first part of July before coming back here in August.

“It will coincide with the Olympics period but I still think London will be a good place to visit in June and July,” Baugh added.