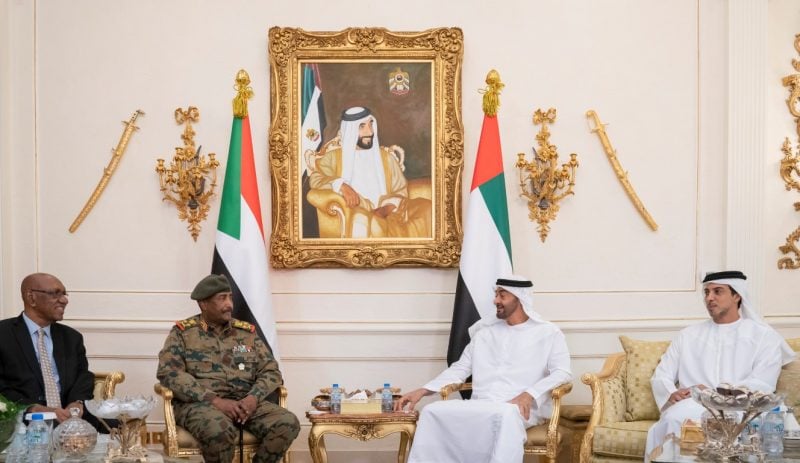 The head of Sudan’s military council met Abu Dhabi’s crown prince on Sunday, who expressed the UAE’s support for Sudan as it navigates a transition after the ouster of Omar al-Bashir, Emirates news agency (WAM) reported.

Lieutenant General Abdel Fattah al-Burhan’s visit to the UAE came on the heels of a trip to Egypt and a visit by his deputy, General Mohamed Hamdan Dagalo, to Saudi Arabia.

Analysts say the UAE, Saudi Arabia and Egypt are trying to consolidate their influence in Sudan after Bashir was toppled and arrested on April 11 following three decades as President.

During Burhan’s visit, Crown Prince Sheikh Mohammed bin Zayed al-Nahyan expressed the UAE’s backing for Sudan and “stressed the importance of dialogue between the Sudanese people in this sensitive phase”, according to WAM.

Protesters calling for a transition to democracy have warned against any intervention by the three regional allies.

Sudan’s main protest group, the Sudanese Professionals’ Association, said on Sunday it had held its first meeting with the Saudi ambassador in Khartoum, calling on him to support a transition to civilian rule.

Official talks between the Transitional Military Council (TMC) that Burhan leads and an alliance of protest and opposition groups have stalled over whether the military or civilians will have ultimate control over transitional bodies.

The UAE and Saudi Arabia between them pledged $3bn in financial and material support to Sudan in late April. Burhan and Dagalo have ties to the two Gulf states through Sudan’s participation in the Saudi-led coalition in Yemen.