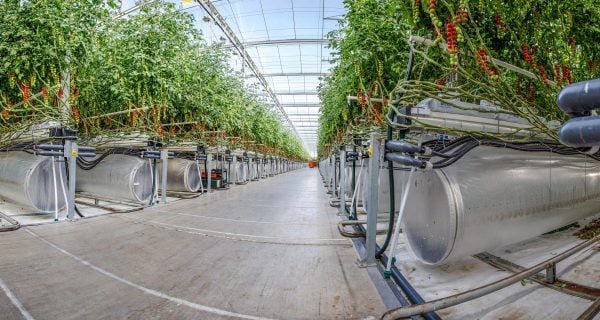 Under the plans, the company will establish a 3.3-hectare farm site in Nahel where it will establish the country’s first high-tech commercial-scale greenhouse for year-round tomato production.

The company’s “semi-closed climate controlled growing system” has been purpose-built to overcome the challenges of year-round production in the GCC, according to the firm.

It uses pressure climate control technology with a hybrid evaporative and mechanical cooling system to maintain optimal climate conditions in what is claimed to be a resource-efficient and sustainable manner.

“In a market where existing commercial farms are forced to cease vegetable production during the extended summer period lasting June-October, the proposed technology offers to deliver a true and tangible food security solution,” Pure Harvest said.

The method can be used for a variety of crops including tomatoes, capsicums, cucumbers, eggplants and strawberries.

The company said it intends to supply premium produce to retailers, airlines and hospitality distributors to replace imported and seasonal fruit and vegetables.

“The region’s economies have begun to experiment with the use of mid-tech hydroponic technologies; however, to our knowledge nobody has ‘fully committed’ – investing the necessary capital and deploying the portfolio of technologies needed to produce Dutch-quality produce year-round at a commercial scale in hot/humid areas bordering the Arabian Gulf,” said Kurtz.

Pure Harvest has established an advisory board of academics, professionals and businessman to support its operations

It has also hired engineer Thomas Larssen of Larssen Ltd to help establish its operations.