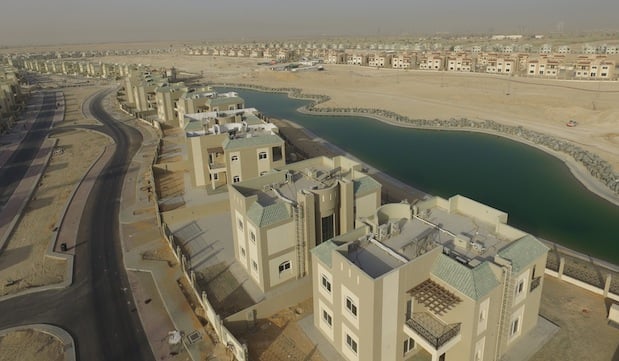 Property developer Tanmiyat Group has started the handover of the first phase of its much-delayed Dhs 7bn Living Legends project in Dubai.

The Saudi-based company has distributed keys to the 184 villas and one tower block that make up the first phase following connection to Dubai’s electricity and water grid.

It will also feature a nine-hole golf course, schools, clinics, a shopping mall, a five-star hotel and other recreational facilities.

The road and utilities infrastructure is now fully complete and 88 per cent of the entire project is sold out, a statement said.

Investors can expect an average rental return of 10 per cent, it added.

Tanmiyat CEO Mohammed bin Odah said: “The journey to this point has come with many challenges as we and the rest of the real estate industry faced the property crash and its aftermath.

“As a private developer, we self-funded the entire Living Legends project and, despite being badly hit by the financial crisis, managed to restructure without the external financial support or bank bailout.

The handover “demonstrates our long-term commitment to the Dubai property market and that going forward we can fulfill our obligation to buyers,” he added.

Tanmiyat is now focussed on completing the second phase of the project, scheduled for handover in the last quarter of 2016.

The entire development, including the full line up of facilities, will be ready by end of 2017, the statement added.

Tanmiyat also said it is planning to launch a series of new projects in Dubai, details of which are due to be released later this year.

Several property projects that were stalled during the real estate crash in Dubai in 2009 have been revived following recovery in the market.

In November 2014, the Dubai Land Department revealed that at least 43 stalled projects worth over Dhs 10bn were revived through its property project revival initiatives.