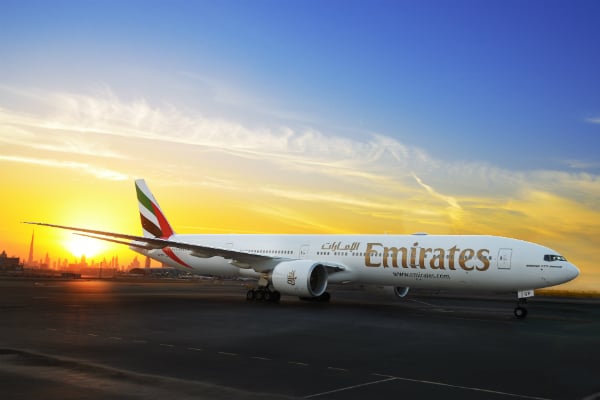 The UAE accounted for more than half of Boeing’s airplane sales in the Middle East last year, with the emirate’s carriers taking delivery of 21 aircraft from a total of 39.

UAE carriers accounted for 54 per cent of Boeing’s commercial deliveries in the Middle East, with the president for Boeing Middle East, North Africa and Turkey, Bernard J Dunn, describing 2018 as a “great year” in an interview with UAE state new agency WAM.

In the Middle East, the American multinational delivered 39 commercial aircraft, including the 737 MAX, 777-300ER, 777 Freighter, and the 787 Dreamliner.

“Boeing has a strong order book in the Middle East and demand for both its wide-body and single-aisle airplanes among Middle East customers continues to grow – many of which have placed confidence in our new products and technologies.”

During the interview, Dunn added that Boeing’s long-standing relationship with the UAE has helped to support the country’s economic diversification efforts and its bid to to develop advanced aerospace and defence capabilities.

“Boeing has also worked with Masdar Institute, Etihad Airways, ADNOC Refining, SAFRAN, GE, and Bauer Resources on the development of sustainable aviation fuel through The Sustainable Bioenergy Research Consortium (SBRC). We just celebrated Etihad’s first commercial flight using sustainable fuel produced in the UAE. The flight from Abu Dhabi to Amsterdam marked a major milestone in the development of a clean, alternative aviation fuel to reduce carbon emissions. The initiative also addresses food security in the UAE through the farming of seafood as a core element in the process.”

The regional president also outlined why he is optimistic about the company’s prospects for the years ahead, despite challenging market conditions.

“Aerospace is among the strongest industrial sectors in the world today,” he said.

“Boeing’s Current Market Outlook estimates passenger and cargo traffic will continue to grow 4.7 per cent and 4.2 per cent a year, respectively doubling over the next 20 years. The global middle class is expanding by 160 million a year and some reports indicate four out of five people have never flown.

“That means the world is going to need many more airplanes to fulfil the inevitable demand. We estimate nearly 43,000 over the next 20 years. These more fuel-efficient airplanes are helping to open up an increasing number and variety of point-to-point routes and new city pairs around the world.”