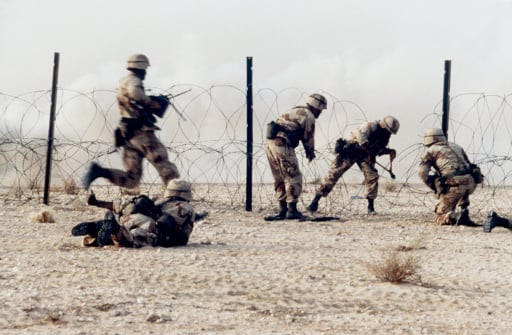 Unidentified gunmen in Yemen shot dead a Saudi Arabian border guard and wounded another in the early hours of Monday morning, Saudi news websites reported, in what would be the second such incident in five days.

The guards came under heavy fire from the Yemeni side of the border at about 3 a.m. (0000 GMT) in the mountainous eastern part of Jizan province in the southwest, www.sabq.org said.

A Saudi source confirmed there had been an incident at the border but gave no further details.

On Thursday two border guards in Asir province, next to Jizan, were killed by gunfire from over the Yemeni border.

The world’s top oil exporter has been working on a fence along its 1,800-km (1,100-mile) border with Yemen since 2003 in an effort to stop smuggling, illegal immigration and Islamist militants from travelling between the two.

Officials have said the work is slow and difficult because of the often rugged terrain.

Saudi Arabia sees its border with Yemen as posing a serious security threat, partly because the impoverished country is home to an al Qaeda branch founded by citizens of both countries that has sworn to bring down Riyadh’s ruling al-Saud family.

Saudi’s army was also involved in a war in 2009-2010 with Yemen’s Houthi movement, which aims to bolster the position of the country’s Zaydi Shi’ite minority and has been fighting Sanaa’s security forces sporadically for the past decade.