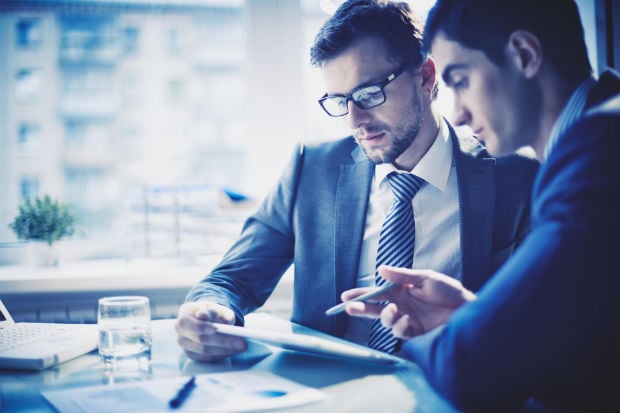 As the globalisation march continues apace, the demand for graduates equipped with the right skill sets to function in an increasingly inter- dependent world shows no sign of flagging.

The Gulf is no different – a point recognised by the increasing number of international education institutions that have established substantial presences in the region over the last few years – in addition to the ongoing growth of indigenous institutions, such as the UAE University.

A measure of the MBA demand in particular can be seen in the 2014/15 QS TopMBA.com Jobs & Salary Trends Report.

Though growth in demand in the Middle East and Africa region was a relatively modest two per cent in 2014, following significant growth in previous years, it’s forecast to surge by 12 per cent in 2015; growth centring on the recovering economies of the UAE and Saudi Arabia.

The Centre of Excellence for Applied Research & Training (CERT) has agreed, for example, to a collaborative relationship with the University of Pennsylvania’s world famous business school, Wharton, with the aim to strengthen entrepreneurship in the region.

There are also local collaborations, including the UAE Ministry of Interior, the Department of Finance – General Directorate of Customs
Abu Dhabi and the Abu Dhabi Tawteen Council (ADTC) – the latter offering employment services to UAE job seekers.

WHAT DO EMPLOYERS WANT?

In terms of skills in demand for 2015 MBA graduates, regional employers are, according to Stella Mandehou, INSEAD’s head of Corporate Partnerships & Career Development Middle East, looking for a number of attributes.

These include “soft” skills such as strong interpersonal/communication attributes, strategic thinking, and leadership abilities. These are also considered to be more important than technical MBA skills for several regional (and global) employers.

“Language skills and inter-cultural communication skills are of importance – Arabic is a plus for the Middle East but most importantly business acumen of the region and its cultural particularities is highly valued,” she says.

The recent MENA Labour Market Confidence Index, showing that 45 per cent of organisations believe the overall growth outlook has improved in the last 12 months, is a clear sign, says Mandehou, of a generally expansive outlook, especially after the recovery of the region from the global financial crisis, as well as the Arab Spring.

“Nationalisation is still a top of mind priority for recruiters in this region and that translates into preferring local talent over international candidates, which, given the costs associated with high employee turnover, makes sense for employers to give priority to the local workforce.

“However, international exposure is still of high value for regional employers particularly at an MBA level,” she adds.

London Business School’s Dina Dommett, meanwhile, believes employers in the Gulf look for two broad attributes when it comes to would be employees.

Firstly, employers are increasingly seeking candidates with a distinctly global outlook about the way the world does business, and secondly, those with a profound understanding of the local business environment, including essential cultural ‘soft’ skills.

“At London Business School, we encourage this dual aspect to flourish in our students, providing them with the essential skills and expertise required for a career in business, across finance, leadership, economics and other specialist disciplines,” she claims.

In so far as the wider narrative is concerned, however, the underlying message continues to be one of need for improvement.

In its paper: ‘Perspectives on GCC Youth Employment’ – prepared for the Jeddah Economic Forum in 2014, Ernst & Young’s survey of employers found that the main factor cited when it came to hiring was cost, closely followed by education, experience, skills, and English proficiency.

“With nationals expecting higher salaries and known challenges in the education and skills system, it is clear why employers target expat workers,” the paper noted.

It added that employers do not believe the education system prepares young people with the requisite skills, training, and attitudes for the workplace, or those educational institutions understand what is required by business.

Indeed, only 29 per cent of employers felt that education prepared students with the necessary technical skills and only 19 per cent agreed that it prepared young people with the right attitude for work, the paper further noted.

These failings have been partly blamed on limited access to work experience programmes.

Among the paper’s conclusions are that national skills and education models are in need of reform. “Governments need to rethink how education is provided to deliver the ultimate objective of work-ready young adults. Curricula need to be designed with input from employer bodies.”

To re-emphasise the point, Gulf countries’ spending on education has been increasing rapidly in recent years, and per student expenditure is among the highest in the world.

Yet the results of this spending are often poor, according to another EY paper: ‘Growth drivers: Understanding the opportunities and challenges for businesses in the GCC’. School curricula are often not well geared to the job market, while the teaching style doesn’t develop the skills and attitudes needed to succeed in the private sector.

At the sharper end of the jobs equation, a number of companies have established graduate training programmes locally, including multinational corporations such as Unilever.

Once selected, management trainees go through a hands-on learning process, undertaking different stints in the function they’re being hired for. This process takes three years, after which – assuming their leadership and functional skills have sufficiently developed – they will take on their first management role.

Unilever MENA currently has over 45 management trainees, with an equal mix of men and women.

In addition to the UFLP, Unilever offers university students an internship programme where students from different universities across the region are hired for a period of two to three months.

“The internship programme also gives students the opportunity to experience the practical side of business and is designed in a way that helps them make the right career decision regarding their future choice of industry sector or function. Unilever MENA hired over 150 students into its internship programme in 2014,” Thomas notes.

Over the past few years the company has witnessed an increase in the level of talent graduating from universities in the region, Thomas says.

“As universities focus more on building strong relationships with employers and putting an emphasis on internships, students are gaining the needed soft and functional skills to be ready to work in an MNC like ours.“

Instituted in September 2014, the programme – deliberately tailored towards developing young legal talent with strong international backgrounds and close affiliations to the Gulf region – is expected to expand in conjunction with the company’s own Middle East ambitions, according to Sachin Kerur, head of Pinsent Masons in the Gulf.

The programme provides new recruits with a two-year traineeship that rotates junior lawyers between offices in Dubai, Doha and the firm’s international headquarters in London, where they will spend at least a year working alongside British colleagues.

“The Middle East is a vital aspect of our international business and to capitalise on the significant opportunities that lie ahead – and create a truly sustainable business – we want to invest in and develop local talent, including Emirati and Qatari nationals.

“We want to recruit junior lawyers who share our excitement about the region’s future and want to make a commitment to being a part of it,” says Kerur.

“Our ambition is to refine and expand this programme over time, ultimately opening it up to the best legal talent studying at local universities. We believe that while this is a significant investment of time and resources, it will give our firm a clear strategic advantage as we look to capture exciting opportunities across the whole of the Middle East,” he adds.

Both Kerur and Thomas realise that changing the education system will take decades, although attempts are under way, including important initiatives to introduce vocational training, especially in priority growth sectors such as transport and tourism.

Dozens of new colleges of excellence are being set up around Saudi Arabia, for example, under public private partnership agreements. It is hoped they will provide skill sets for graduates that are more in tune with the needs of the private sector.

Similarly, links between employers and job seekers are being strengthened just as many GCC states are improving their labour force data gathering capabilities. New policies are also being developed in areas such as internships and career guidance.

Yet this is inevitably a relatively slow process – a negative factor given economic dynamics are changing at a fast pace and significant jobs training and growth is needed to satisfy young (and growing) local populations.