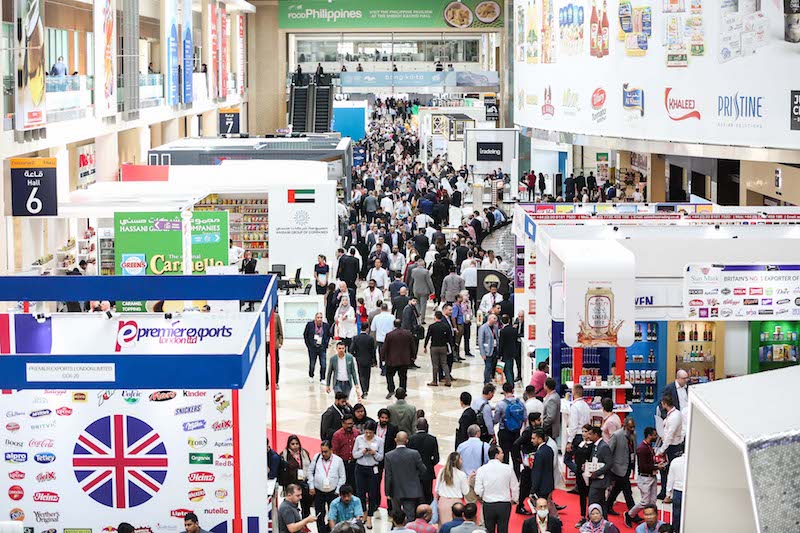 Navigating through the crowds at the annual Gulfood event, a showcase of the regional food and beverage trade business, it was evident that any perceived slowdown in the global economy was not on anyone’s mind. From the launch of a new energy drink manufactured in Dubai – which aims to go global, to the introduction of sustainable packaging and new food alternatives, the show was a barometer of the evolving and fast-growing industry.

“Basically, food is considered one of the defensive sectors. So the resilience of the sector will always remain. Despite the ongoing trade tensions worldwide, food has proven to maintain stable prices,” explains Yousef Al Sadi, head of Risk Underwriting, Middle East at credit insurance company Euler Hermes.

However, the recent coronavirus outbreak, which has already led to a drop in oil prices and will impact sectors such as airlines, transportation and tourism regionally in the short term, is also set to affect the entire supply chain and commodities in the longer-term, he opines.

While the direct impact may not be significant on the GCC’s food industry, it could see a bearing.

“The GCC is a big importer of food – it imports approximately 90 per cent of its supplies. I’m sure some part of the supply chain at some point is connected either through China or Hong Kong or Singapore,” states Al Sadi.

But it is precisely to avoid any major disruptions in its food supply chain that the GCC – and the UAE specifically – is investing heavily in food security. Appointing its first minister for Food Security in 2017, the Emirates has announced a national goal of becoming the world’s best in the Global Food Security Index by 2051 and among the top 10 countries by 2021 (it ranked 21 in 2019, up from 31 in 2018).

Taking to the stage at Gulfood, Mariam Hareb Al Mheiri, minister of state for Food Security, said the UAE was focused on diversifying its food import sources; developing a sustainable food production process locally through the use of technologies; seeking to improve nutrition; and introducing policies to reduce waste.

The end result that the 2051 strategy is geared towards achieving is “zero hunger by ensuring access to safe, nutritious and sufficient food all year round throughout the world”.

“We looked at what can we grow domestically that is commercially viable. For instance, when we grew wheat, the price was so expensive, no one would buy it. So far, vegetables, greens, some fruits, also fish and goat cheese [have proven to be viable],” Al Mheiri explained.

There are several examples in the market, including Pure Harvest Smart Farms – which grows hydroponic tomatoes, Fish Farm – which produces salmon in the UAE and Badia Farms – which operates the GCC’s first indoor vertical farm.

But there is still a long way to go.

“If you look at the self-sufficiency rates, it is at low levels [in the GCC for food necessities and commodities]. The UAE, in particular, has secured a high percentage for some kinds of vegetables mainly tomato, cucumber, as well as dates and dairy. They are also investing in different initiatives to improve food security,” states Al Sadi. 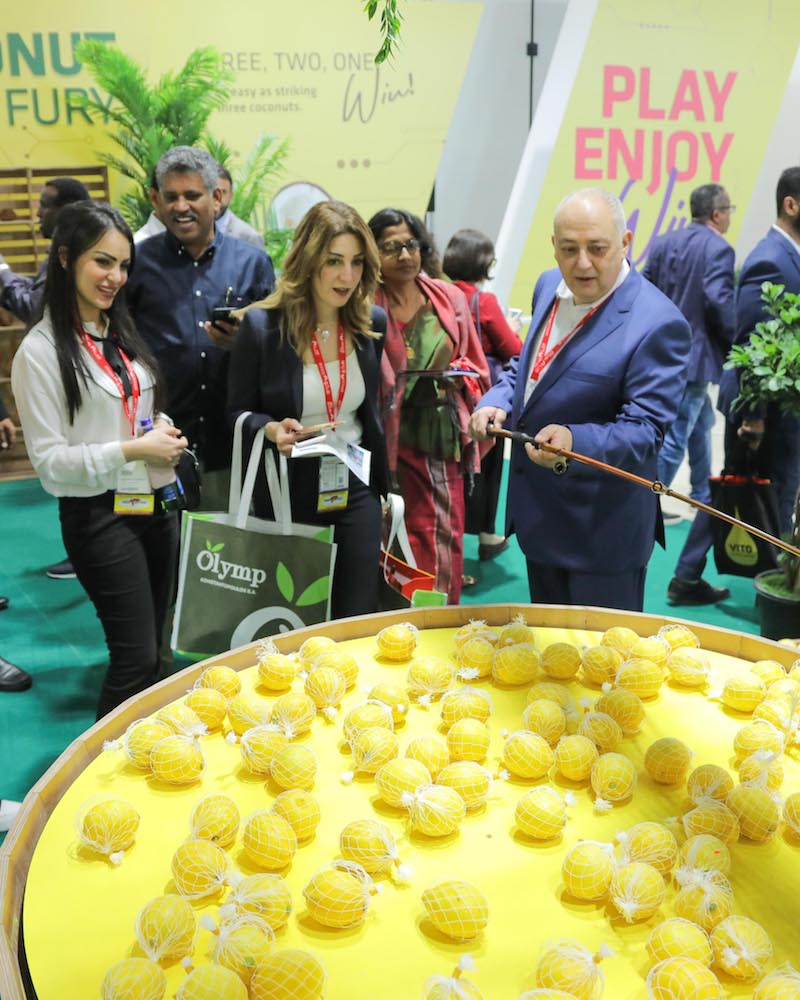 Healthy growth
According to Alpen Capital, food consumption in the GCC is expected to grow at a compound annual growth rate (CAGR) of 3.3 per cent, from an estimated 51.5 million metric tonnes in 2018 to 60.7 million metric tonnes in 2023. A rising population, increased tourism, high per capita income and a sustained economic recovery are likely to drive the growth of the food sector in the region, the report stated.

Being the staple food of the region, cereals are expected to remain the most consumed food category with a share of 48.2 per cent by 2023. Increasing demand for milk products will drive the growth of the dairy sector while consumption of egg, fish, potatoes and fats and oil are also set to grow. The report also found that the consumption of healthy and organic food is likely to increase with growing awareness.

“The forecasted growth rates largely reflects the population and GDP projections for the countries,” the report stated.

“In the region, both the governments of UAE and Saudi Arabia have put in place many initiatives to attract such types of FDIs. So for both the short term and long term, food remains one of our favourable sectors and we have a good appetite to grow in this industry in this region.” 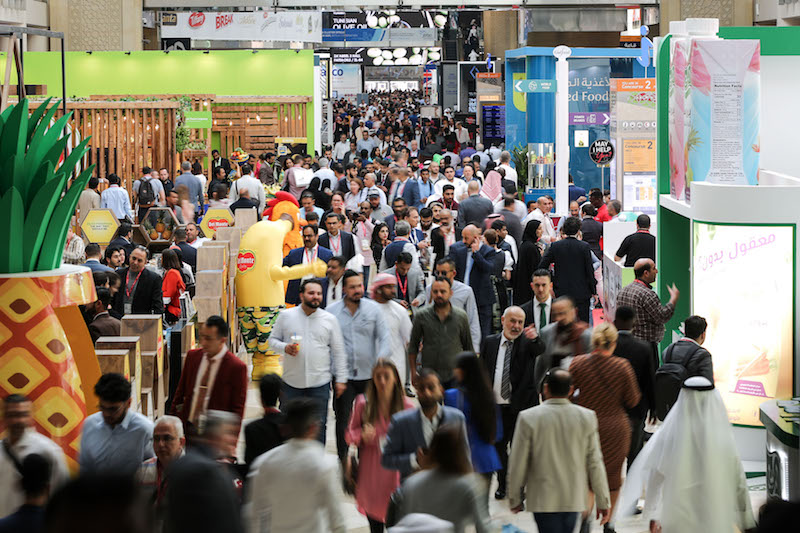 Beyond the essentials
As the regional F&B industry flourishes, it is also seeing new local players entering the market. Announcing its launch at Gulfood was Dubai Energy Drink, created by an Emirati company, which is already ogling a presence on global food shelves.

“There is a big margin in this kind of business and we are looking to try it out because it’s very unique. Nobody manufactures [energy drinks] here in the UAE or GCC. So we have a big opportunity. The government is also supporting us – they have also given us the Dubai name, which is very unique and our price is very competitive,” says founder and chairman Mohamad Al Mazrouei.

Priced at Dhs5 per can, the drink aims to use its low price point (less than half the price of global rival Redbull in the UAE) to compete and gain a foothold in the market. Having also launched after the UAE imposed the 100 per cent excise tax on energy drinks, the brand has managed to avoid any hike in pricing – which others faced. To cater to the rising ‘healthy’ trend in the market, a low-calorie version of the drink has also been created using stevia with no added sugar, which only has three calories.

Disclosing that the company, which set up operations in 2018, spent “millions of dollars” on initial investment, Al Mazrouei says it managed to make a “profit” during its first full month of operations this year after it received big contracts from hospitality providers in the market.

Set to roll out across all stores in the UAE in the next few months, Dubai Energy Drink also has its sights set on international markets, with Al Mazrouei confirming that the company had signed deals with distributors in the US, Colombia, Nigeria, Saudi Arabia and Kuwait at Gulfood. “We are just waiting for them to make their first order”.  The company’s facility can produce up to one million cans per day, and since it has five million units in storage, Al Mazrouei says they can start making deliveries immediately.

Looking ahead, Al Mazrouei reveals that there are also preliminary plans to create a new Dubai Vitamin C drink, as another related vertical, to meet growing demand in the segment.

The green factor
Another big announcement at Gulfood this year came from Abu Dhabi-listed Agthia, which launched a new ‘plant-based’ water bottle for its Al Ain brand. Claimed to be the first of its kind in the region, the new Al Ain bottle features packaging that is completely made using plant-based sources, including the cap. The bottle is also biodegradable and compost-able within 80 days.

The process involves converting plants to a special polymer material obtained from the fermentation of sugars contained in plants without using a single drop of petroleum or its by-products. The plant-based bottle is being developed at Agthia’s new packaging technology centre in Al Ain, with the manufacturing consuming 60 per cent less energy during the entire process, according to the company.

Initially, the bottle will only be launched for B2B clients rather than the mass market, and its pricing model for the future will depend on both consumer demand and supply as well as the availability of the raw material stock needed to create the bottle, according to Agthia group CEO Tariq Ahmed Al Wahedi.

“At the end of the day, supply and demand will dictate the market and the customer will choose. We present them with options and they choose what suits them. We have the capability to adapt. Today there is a bit of limitation in having the raw material, but if it turns out there is good demand, eventually we can expand capacities,” he explains.

Meanwhile competitor National Food Products Company (NFPC) also used Gulfood to unveil Tetra Pak carton packages for its Oasis brand, claiming that it was the first beverage brand in the GCC to provide drinking water for the consumer market in such packaging.

The main material used in Tetra Pak package is paperboard, a renewable material made from wood. It also features six layers with cardboard serving as the main component. The cardboard is sourced from trees with new trees planted to replace the ones used for production, the company said. The new water carton packages will be sold at all major supermarkets from March 2020.

But will sustainable packaging become more viable in the long-term? Will it be the new norm?

“Things are evolving. I can’t claim that this product [Al Ain plant-based bottle] will be the product of the future, but we are betting as a company on many solutions. This is one of them, and we think it’s really a good solution. But for a while, plastic is still going to be cheaper than using anything of this scale,” says Al Wahedi.

But he is also quick to clarify that “plastics are not bad”.

He states: “If the PET plastics used today get segregated properly, then you can completely recycle it. Sustainability is already there in terms of the products that we have, but we will see more smarter products.”

The CEO also stresses that the company’s strategy has been to make all its new premium products affordable. “If you look at all the new products that we have launched – such as Al Ain Zero or Al Ain Vitamin D, you will see that there is not that big of a difference in prices. It’s a volume game. The moment volume picks up, the prices come down,” he explains.

Agthia is also investing heavily in R&D – currently equating to around 1 per cent of its total revenues – to develop products that can reduce food waste while also contributing towards food security, states Al Wahedi.

“For example, if you look at our natural juices, where other companies have three days shelf life, we can go up to six months shelf life with better value – without adding preservatives or added sugars because of the technology that we have invested in.”

Looking ahead, Al Wahedi – and other industry insiders – believe that all organisations will have to invest in new technologies to survive and thrive amidst constantly changing consumer expectations and evolving market dynamics.

“You don’t have a choice, you have to invest, you have to improve the quality, you have to move up the standards and you need to know how to enhance your product, otherwise you’ll be left out,” he states.