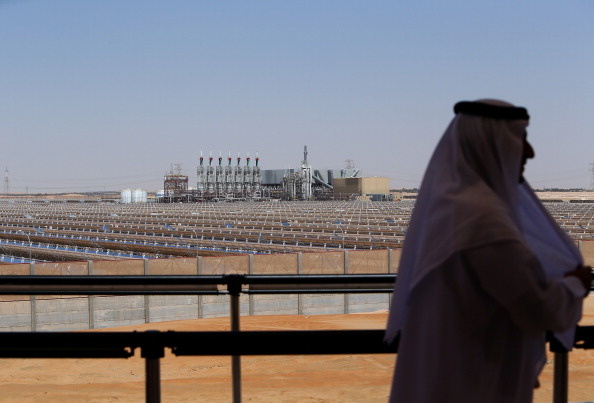 From high-tech skyscrapers in the United Arab Emirates to energy-saving lessons for Saudi school children, the Gulf is stepping up efforts to curb its rampant use – and waste – of energy. But it is still mostly failing to get to grips with the root causes of high fuel consumption.

Ultra-low, often subsidised prices for gasoline and electricity give residents little incentive to switch to fuel-efficient cars from gas-guzzling SUVs, or reduce their use of air conditioning in one of the world’s hottest climates.

At the same time, countries’ efforts to develop their economies beyond oil are leading them into energy-intensive industries such as aluminium smelting.

In both cases, domestic political pressures in the wake of the uprisings across the Arab world appear to be making a solution more distant. Eager to minimise social discontent and provide jobs for their citizens, Gulf governments are hesitating to raise fuel prices or curb industrial projects.

“Some of them are considering price increases, but price increases are extremely sensitive in the region,” said Laura El-Katiri, an analyst who specialises in Gulf energy economics at the Oxford Institute for Energy Studies in Britain.

“The UAE are a bit different, especially Dubai and the northern emirates, simply because they can’t afford it. Abu Dhabi, Saudi Arabia, Kuwait – they can afford it.”

While fast-growing economies such as China and India have squeezed more production out of every unit of energy they have used over the last three decades, energy consumption in the Middle East has outpaced gross domestic product growth, according to the World Energy Council.

Saudi Arabia is only the world’s 20th biggest economy but is now the sixth biggest consumer of oil. It produced less than $3.70 of economic output for every kilogram of oil equivalent that it used in 2010, compared to the world average of $6.20, the World Bank said.

The inefficiency is troubling to Gulf governments not so much because of environmental pollution, but because it threatens to reduce how much oil and gas they have available to export over coming years.

Over the last couple of years, energy conservation efforts have started to become a significant part of public policy.

In 2012, Saudi Arabia set minimum efficiency standards for air conditioners and windows, and launched a campaign to educate primary school children and housewives about energy efficiency. Street signs and government text messages to mobile phones remind people not to leave the air conditioning on all day.

Some new skyscrapers going up in cities such as Doha and Abu Dhabi are designed with energy consumption in mind; one technology is facades which shield windows from direct sunlight, reducing the need for air conditioning.

Government-backed investors are also tackling the supply side. Shams 1, a 100-megawatt solar power plant that opened in the desert of Abu Dhabi in March, is by far the biggest in a region that lags the world in solar power.

A nuclear power plant being built in Abu Dhabi and a series of solar and nuclear plants planned by Saudi Arabia over the next couple of decades may also limit growth of oil use.

But such efforts remain far from offsetting basic factors behind the Gulf’s surging energy consumption. Rising populations are combining with rising living standards to produce a surge of energy demand.

The link between living standards and energy use can be seen in the distribution of demand. Saudi Arabia, which despite its wealth has millions of poorer citizens who consume relatively little, is the 15th biggest per capita energy consumer in the world, according to the World Bank.

Other Gulf Cooperation Council countries, which have small populations of local citizens and few poor among them, rank higher: Qatar is third, Kuwait fourth and the United Arab Emirates seventh.

Much of the Gulf’s money is going into energy-intensive projects such as golf courses, plush hotels, sprawling shopping malls and museums to showcase national wealth and achievements. Trying to restrain such projects is probably beyond the political will, as well as the administrative ability, of any Gulf government.

Meanwhile, governments recognise they need to diversify their economies beyond oil exports to prepare for the day when oil reserves start to run out or global oil prices fall sharply. Some efforts to diversify are worsening energy efficiency.

Because fuel is so cheap, it makes good business sense to go into heavy industries such as aluminium smelting and petrochemical refining. But while such projects are competing successfully in international markets, they are consuming a growing share of domestic energy supplies.

In Saudi Arabia, “energy consumption is growing faster than GDP, resulting in increasing energy intensities, which is contrary to the general trend observed in most countries,” Swiss-based engineering giant ABB report said in a report.

Such analyses suggest raising domestic energy prices, through steps such as taxing gasoline and increasing electricity tariffs, are vital to encourage energy efficiency in the Gulf. But here politics intervene.

In 2010, the UAE government hiked the domestic gasoline price to Dhs1.72 ($0.47) per litre to cut the burden of subsidies on public finances and promote efficiency. Authorities considered further hikes.

But after the Arab Spring uprisings began in the following year, such plans were put on hold, and a government advisory council even proposed cutting gasoline prices.

Gasoline is even cheaper in Saudi Arabia, but there are no signs of any plan for an increase. Oman announced plans in early 2013 to double its industrial gas price to $3 per million British thermal units by 2015, but that will still be a fraction of prices paid in most countries.

Street protests in Jordan after the government there raised fuel prices last November were a reminder of the potential political costs of removing subsidies. The reaction might not be as strong in the Gulf – but governments do not want to run the risk of public discontent.

Meanwhile, demand for air conditioning, and therefore energy consumed by it, may continue rising in coming decades because of climate trend. The British government’s Met Office Hadley Centre predicts average temperature increases of around 3.5-4 degrees Celsius by 2100 across the Arabian Peninsula.