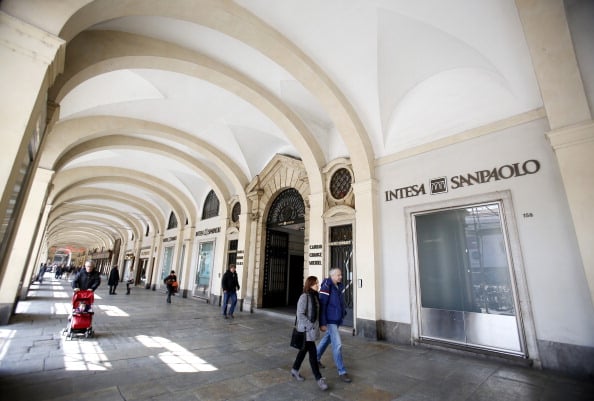 Bankers and academics in Italy are stepping up efforts to develop Islamic finance in the country, a campaign which could benefit from growing economic links between Gulf countries and the euro zone’s third largest economy.

Islamic finance has so far made only marginal progress in continental Europe, mainly in France and Germany. But Italy is seeking trade and investment with wealthy Gulf Arab states as a way to grow out of its debt problems.

Kuwait’s sovereign wealth fund announced this month that it would invest 500 million euros ($685 million) in Italian companies in coordination with the Italian government’s own strategic investment fund. Italy made a similar deal with Qatar last year.

Italy’s trade ties with the Gulf are booming; its exports to the United Arab Emirates hit 5.5 billion euros in 2012, a 16.7 per cent rise from 2011, government data shows.

Only about two per cent of Italy’s population of 61 million are Muslim. But the hope is that as Gulf companies and investors increase their activities in Italy, Islamic finance – which follows religious principles such as bans on interest payments and pure monetary speculation – will follow.

Italian firms raising loans could use Islamic structures to attract sharia-compliant banks from the Gulf, for example. Italian bonds and equities could become attractive to Islamic funds if they were certified as sharia-compliant.

“I think the development of sharia-compliant products is an important opportunity for Italy – it might become one of the drivers to get finally out of the economic crisis,” said Enrico Giustiniani, analyst at Banca Finnat Euramerica in Rome.

“There is quite a big interest from Islamic funds and Islamic institutional investors to invest in Italy, especially in this period with many companies on sale.”

Banca Finnat has gone as far as designing a hypothetical index of sharia-compliant stocks, which features some of the country’s best-known luxury brands, Giustiniani said.

“A specific index still does not exist, but the interest is very high. The luxury sector is a brand required by foreign institutional investors and it is a very important growth driver for our country.”

Fondazione Istud, a Milan-based business school, plans to establish an Islamic finance position this year, intended as a venue for industry research and to develop proposals aimed at Italian decision makers.

This would be the first structured attempt to provide industry information and influence legislation, Marella Caramazza, director-general of Fondazione Istud, told Reuters.

“Certainly regulators and practitioners seem to demonstrate a general interest on this subject in our nation, but at the same time tend to have a very conservative approach.

“At this stage, we are trying to involve stakeholders and gather funds at different levels, in order to begin with the activities,” Caramazza added.

Tax rules are particularly important for Islamic finance because many of its asset-based transactions are vulnerable to double taxation under conventional accounting methods; addressing such barriers could lure Islamic banks to the market.

Currently, however, only broad discussions are taking place with Italian policy makers and no specific agenda is in place, said Francesca Brigandi, president of COMEDIT, the Italian-Mediterranean and Gulf Countries Chamber of Commerce.

Its research department has conducted formal studies, held seminars on Islamic finance as far back as 2009, and last year co-hosted a forum with the Malaysian-based Islamic Financial Services Board, one of the industry’s standard setting bodies.

Rony Hamaui, chief executive of Milan-based Mediofactoring, a fully owned subsidiary of Intesa Sanpaolo, Italy’s biggest retail bank, said his and other Italian companies had explored Islamic financing options in the past but did not do deals, partly because of a lack of regulatory support in Italy.

However, deals could start to materialise – perhaps involving Italian firms overseas – even without government support, as companies increasingly seek to broaden their funding sources, Hamaui said. “Liquidity is becoming a more and more important problem in Europe.”