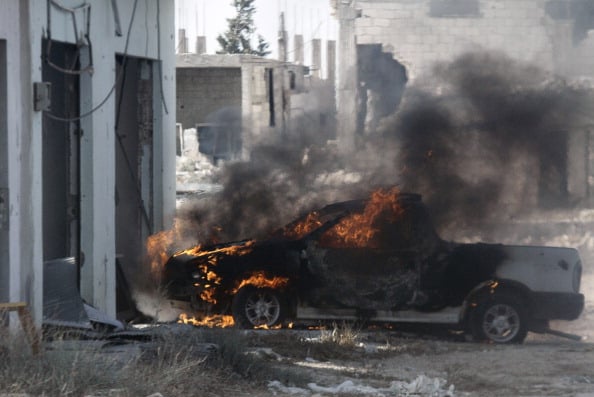 Gulf Arab states on Monday promised sanctions against members of the Lebanese Shi’ite militant group Hezbollah in retaliation for its intervention in Syria’s civil war in support of President Bashar al-Assad.

The six Sunni-led members of the Gulf Cooperation Council issued a similar condemnation on Monday, according to a statement from the GCC secretariat carried by the Saudi Press Agency.

“The GCC ministerial council has decided to take measures against those enlisted in the party (Hezbollah) residing in the member states, whether with regard to their residencies or their financial and commercial dealings,” it added, without giving any specific details.

Saudi Arabia and Qatar, both GCC members and U.S. allies, have been explicit in calling for Assad to go, and have been helping to arm the mostly Sunni rebels seeking to oust him and his mostly Alawite establishment, members of an offshoot of Shi’ite Islam.

But the rebels suffered one of their biggest setbacks last week when Hezbollah fighters helped Assad’s forces to retake the Syrian border town of Qusair, which controls vital supply lines.

Nasrallah became a hero in the Arab world after his forces helped to push Israel to withdraw from southern Lebanon in 2000, and then confronted the Jewish state in a short war in 2006.

But Hezbollah’s increasing involvement in Syria has turned many against his group. GCC member Bahrain has called Nasrallah a terrorist and banned its citizens from having any contact with the group.