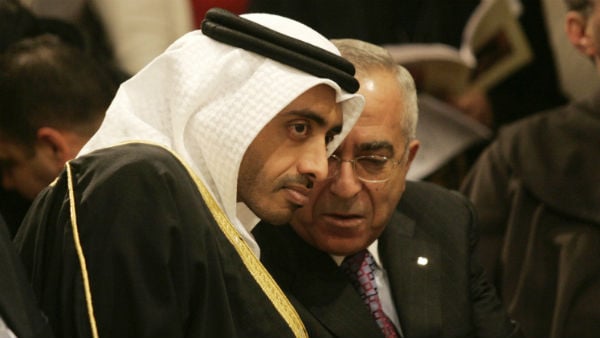 Gulf Arab countries should work together to stop Islamist group the Muslim Brotherhood plotting to undermine governments in the region, the United Arab Emirates’ foreign minister said on Monday.

The UAE, a major oil exporter and business hub, has arrested around 60 local Islamists this year, accusing them of belonging to the Muslim Brotherhood – which is banned in the country – and conspiring to overthrow the government.

Thanks to cradle-to-grave welfare systems, the UAE and other Gulf Arab monarchies have largely avoided Arab Spring unrest that has unseated rulers elsewhere.

But they fear the rise of the Brotherhood in Egypt – and of other Islamist groups in other states – in the wake of the revolutions could embolden dissent on their own turf.

He said there were individuals within the Muslim Brotherhood who would be able to use their “prestige and capabilities to violate the sovereignty, laws and rules of other states”.

“We need to communicate to see if there were individuals or organisations who were using these countries,” he said, without naming the countries he was referring to.

The organisation, which rose to power in Egypt after the overthrow of Hosni Mubarak, has consistently sought to reassure Gulf Arab states it has no plan to push for political change beyond Egypt’s borders.

President Mohamed Mursi, propelled to power by the Brotherhood, says there is no plan to “export the revolution”.

“Members of the Muslim Brotherhood respect their hosting countries and do not call for bringing down any system of governance in the countries they live in,” Mahmoud Hussein, the Brotherhood’s secretary-general, said.

The Muslim Brotherhood organisation, founded in Egypt in 1928, is seen as a mentor for Islamist groups in the region.

The group of around 60 men arrested in the UAE this year belonged to the local Islamist group Al Islah.

Last month, local media reported that some of those detained had confessed that their organisation was running an armed wing and had been plotting to take power and establish an Islamist state. Al-Islah has since denied this.

Al Islah says it shares a similar ideology with the Muslim Brotherhood in Egypt but has no direct links and is pushing for only peaceful reforms.

Dubai’s police chief Dhahi Khalfan said in March there was an “international plot” against Gulf states by the Muslim Brotherhood.