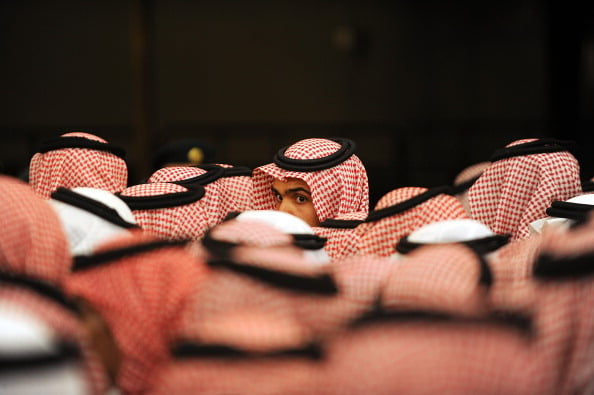 Gulf Arab oil exporters may see unemployment among their citizens rise in coming years unless they change a decades-old habit of relying on cheap foreign labour, the International Monetary Fund said on Wednesday.

Since the 1970s, millions of mainly low-skilled workers from south and southeast Asia have supported rapid economic growth in the Gulf states, whose citizens tend to favour cushy, high-paid public sector jobs.

But this model is unlikely to be sustainable in the six Gulf Cooperation Council states – Saudi Arabia, the United Arab Emirates, Kuwait, Qatar, Oman and Bahrain – because of young, growing populations and high public wage bills, the IMF warned.

“With a rapidly rising youth population…private-sector job creation for GCC nationals has become a challenge and unemployment could rise in the coming years unless more nationals find jobs in the private sector,” the IMF said.

The GCC labour force could grow three to four per cent each year, so an additional 1.2-1.6 million GCC citizens could enter the labour market by 2018, it estimated. If the current share of nationals in the private sector is merely to stay flat, about 600,000 private-sector jobs must be generated for nationals by 2018.

However, this would only absorb about one-half to one-third of expected labour market entrants, the IMF warned in a paper, adding: “Even if public-sector hiring continues at its recent pace, unemployment could rise.”

In Saudi Arabia, the most active country in labour reforms, the official jobless rate edged down to 11.8 per cent in the second quarter of this year from a peak of 12.4 per cent in 2011, official data show. The UAE had 14 per cent unemployment among its nationals in 2009; it does not issue regular, timely jobless statistics.

In all GCC countries, female unemployment rates are higher than for males, reaching nearly 35 per cent in Saudi Arabia and over 28 per cent in the UAE, the IMF said.

Social turmoil in the Middle East has spurred efforts in the Gulf monarchies, mainly Saudi Arabia, to boost employment of their citizens and crack down on illegal hiring of foreign workers.

But increased public sector hiring has made government budgets more vulnerable to any fall in oil prices. Efforts to boost private-sector employment of nationals, such as through quotas, have yielded mixed results so far, the IMF said.

“The recent revamping of the Saudi Nitaqat programme has had a modest impact so far in boosting private sector employment,” it said.

Only Kuwait and Oman have seen an increase in the proportion of nationals employed in the private sector over the past decade.

Excluding the UAE for which data is unavailable, about seven million jobs were created in the GCC in 2000-2010. About 5.4 million of them were in the private sector, the IMF said.

Nearly 88 per cent of those private sector jobs were filled by foreign workers. By contrast, in the public sector, where average wages can be several times higher, nearly 70 per cent of new jobs were taken by local citizens.

The Gulf states should improve restrictive labour rules such as sponsorship systems which make it hard for foreign workers to change jobs and negotiate wages, the IMF argued.

Fees imposed for the employment of foreign workers could also help to narrow the wage differential with local citizens, the IMF said, citing such policies in migrant-dependent Singapore and Malaysia.

Low-skilled foreign workers occupy more than 80 per cent of the private-sector jobs in the GCC, the IMF estimated, which resulted in outward remittances from the region of $80.8 billion in 2012.