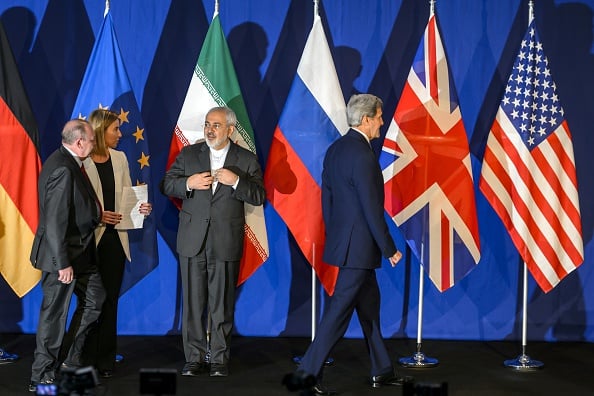 Gulf Arab states have long feared a sanctions-free Iran and as a nuclear agreement edges closer they have become more aggressive in preparing for a resurgence of their main regional foe.

The biggest concern is what they see as Shi’ite Iran’s regional expansionism, manifest in its backing for Syria’s President Bashar al-Assad, Lebanon’s Hezbollah, Iraq’s Shi’ite militias and Yemen’s Houthi group.

From the airstrikes in Yemen to backing for Syrian rebels, crackdowns on dissent and more forceful diplomacy, the actions of the mostly Sunni Muslim Gulf states in recent months has been driven by a sense that Iran is on the cusp of a comeback.

They are also concerned that U.S. President Barack Obama’s push for a nuclear deal in return for sanctions relief shows their strongest ally may no longer help restrain Iran.

“The deal is inevitable is their calculation. It could be delayed a week or two, or a month. But everybody in the region has prepared themselves for the reality that the deal is a done thing,” said Mustafa Alani, a security analyst close to the Saudi Interior Ministry.

The six Gulf Cooperation Council (GCC) members, Saudi Arabia, Kuwait, Bahrain, Qatar, the United Arab Emirates and Oman, often disagree on regional strategy, but except for Muscat, they all share misgivings about Iran.

For Saudi Arabia in particular, revolutionary Shi’ite Iran represents an overriding threat in a hostile region.

Bahrain’s announcement last week that it had discovered an explosives plot it said was planned by Iran’s Revolutionary Guards was only the latest example of what Gulf states see as Tehran’s ongoing efforts to undermine their security.

Six world powers – Britain, France, Germany, China, Russia and the United States – and Iran recommenced talks this week aimed at reaching a final agreement that swaps increased transparency for sanctions relief by June 30 after reaching a framework deal in April.

Riyadh and its dynastic neighbours are also worried about the implications for relations with Washington, their main military guarantor with its aircraft carrier group in the Gulf, naval base in Bahrain and air base in Qatar.

Gulf states have increasingly voiced the idea of building alternative alliances to replace a diminished American role in the region, and have showcased that ambition with the coalition in Yemen and renewed cooperation with Turkey in Syria.

“We have been looking for other options, whether it is Russia, France or regional powers like Turkey and Pakistan, to enable us to regain a balance of power,” said Faraj.

In public Washington has often welcomed Saudi Arabia’s more assertive regional stance and willingness to build new alliances, citing them as evidence the country is taking on more of a burden both countries have shared.

It has mainly backed Riyadh’s military intervention in Yemen, but was only given a few hours notice, a sign of loss of influence.

A tougher line taken recently by Gulf states with internal dissidents, such as the four-year prison term a Bahraini judge gave to the country’s main opposition leader, may also be embarrassing to Obama given Washington’s ties to the states.

“Relations between Saudi Arabia and America are now cash on delivery. Nothing for nothing. If you want me to support the nuclear deal, you’ll have to support me in Yemen and other places,” said Alani.

One of the agreements Prince Mohammed signed last week in Moscow was a nuclear cooperation pact, Riyadh’s latest with atomic powers as it prepares plans to build 16 reactors to generate electricity.

The kingdom has repeatedly said that whatever Iran gets in a deal is exactly what it, too, will use for its nuclear programme, and has hinted that if Tehran ever gets an atomic bomb, Riyadh will not be long in following suit.

The more assertive line from Saudi Arabia and its allies towards its regional foes and Washington in recent months has been more than just posturing but they have some way to go to show it will work.

The strikes in Yemen have delivered little on the ground and four years of backing for Syrian rebels has still failed to oust Assad, a sign that whatever deal Iran signs after this week’s talks, the Gulf may yet find its best ally is its current one.