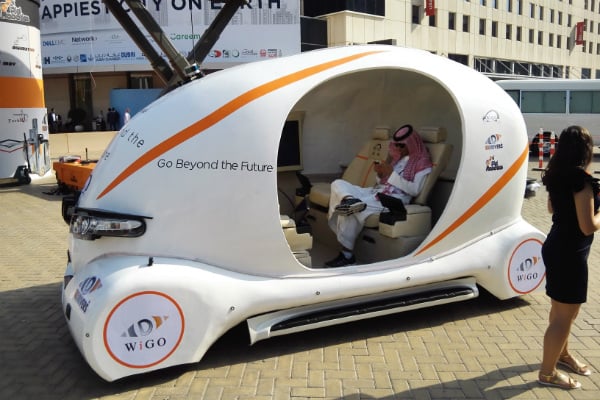 If the annual Gitex Technology Week conference serves as the pulse of Dubai’s, and the region’s IT market, then this year’s edition appeared to reflect a sector in good health.

But beneath the service there was some acknowledgement of the tough economic times the region is facing.

While many vendors were still showcasing the latest and the greatest in technology designed to shape the future, others appeared focussed on areas more appealing to the current economic environment.

“I think people are looking more at the return of it [investment] which is a good discussion to have,” says Pete Costa, VP for MENA at American smart solutions firm Honeywell. “We’re getting out of smart for smart sake and what is the real value.”

Honeywell, which was showcasing its smart mosque thermostat claimed to have achieved energy savings of 37 per cent by switching on the air conditioning to coincide with prayer times at a pilot in Sharjah, was among several companies at this year’s conference that were focussing on products designed with efficiency or cost savings in mind.

As Safder Nazir – Huawei’s regional vice president for smart cities and Internet of Things – notes, the current economic situation has prompted a more realistic approach to ambitious plans by cities like Dubai, which famously announced its intention to become the world’s smartest city during more prosperous economic times in 2014.

“With oil prices and the economic situation being a little bit more challenging than it might have been in past years, there’s going to be a focus from governments to spend more effectively,” he says.

But while executives are acknowledging the tougher economic climate the region is facing at present there is also optimism that the oil-led slump is presenting its own opportunities.

“We see it as an opportunity for us to help governments be more precise and effective in the projects that they might take on and to help them realise the result from that,” says Nazir.

Among the key factors IT companies and vendors are hoping will guarantee sales in the coming years is the need for so called ‘digital transformation’ among traditional companies and governments.

The term, which was used heavily at this year’s Gitex, describes the process in which companies utilise digital technology advances to develop new business processes and strategies.

The benefits of this transformation are said to be profound. In a study released by ‘big four’ accounting and consultancy firm PwC last month it was forecast that Middle Eastern industrial firms could generate $16.9bn in extra revenue annually from 2017 to 2021 by embracing digital technology.
A further $17.3bn of annual cost savings and efficiency gains was also forecast during the period, according to the firm. Another study released by professional services firm Accenture during Gitex predicted that targeted investments across digital skills and technologies could boost GDP in Saudi Arabia by 4.2 per cent by 2020, or $31.4bn. A similar increase in digital density could add $13.8bn to UAE’s GDP and $7.8bn to Qatar’s GDP by 2020, according to the firm.

But in a survey of 300 key public and private sector decision makers in the UAE, Qatar and Saudi Arabia it did note significant differences in the adoption of digital technologies across the region
For example, 44 per cent of UAE-based respondents said they were using customer analytics to drive retail sales compared to 7 per cent in Saudi Arabia.

There was also a contrast between global and local levels of intelligent automation, with the survey showing only 26 per cent of respondents from the Middle East had automated knowledge worker tasks compared to 38 per cent worldwide.

But more broadly at least 60 per cent of Middle Eastern firms said they were now actively investing in digital technologies for select business units.

“Yes we have an economic situation but the organisations that are focussed on digital transformation are actually taking advantage of the situation and how they can use the current situation and the technology and their investment in people to create new business opportunities,” says Asif Javed, Accenture Technology managing director, technology, Middle East.

“We see very similar trends globally and in some areas the Middle East is ahead but generally this region is very much in par in terms of trends and beliefs of how digital will transform businesses, create new business models and also have a major impact on the workforce.”

Among the areas seen as up and coming is artificial intelligence, where investment in the UAE has grown 70 per cent in the last two years, according to the firm. And investments in fields such as machine learning, deep learning and natural language processing are expected to grow more than 77 per cent in the next three years.

Javed suggests that a key factor in digital transformation will be investing in people and changing work practices, but on a Gulf regional level he says it could also help to achieve government plans to localise the workforce.

“Digital presents a very interesting opportunity in terms of localisation and developing local skills because in the region there is a high reliance on expat talent,” he says.

Naturally, given the emirate’s plans to become the smartest city in the world, among the most interested in smart and digital transformation initiatives in recent years have been Dubai government departments. And this year’s Gitex was no different. On top of a host of IT contracts signed with technology firms, key announcements included a new drone hunter craft unveiled by Dubai Civil Aviation Authority, the use of metro cards for retail payments by the Roads and Transport Authority and a smart investment map launched by Dubai Land Department.

Also at this year’s event Dubai Electricity and Water Authority (DEWA) was revealed as one of the first 10 companies in the world to be working with Microsoft’s new holographic computing headset HoloLens.

The authority will use HoloLens to visualise a smart power plant, provide an interactive 3D model of the plants’ equipment and offer workers access to remote expert assistance such as maintenance job cards and training manuals.

“DEWA has been working with us for a long time to really streamline their operations using this device and be able to do preventive maintenance. But also they can use the device to check a part that is not working,” says Jaime Galviz, COO, Microsoft Gulf.

He suggests not just government organisations but larger firms in Dubai are now demanding internet of things solutions and services, and their smaller and medium-sized peers are expected to follow suit in the next 12 to 18 months.

But one challenge companies will face is translating the data they collect through these new systems into actionable intelligence.

“The people with the knowledge of this data science, they are more available in Europe and the US and everybody is fighting for this type of resource. So only the big names, the big companies here are able to afford them, but the SMEs are unable to afford them,” he says.

In the meantime more pressing challenges have emerged in terms of shrinking IT budgets.

“In the Middle East, we have oil prices lower than it has been in the past and we have to adjust to that,” says Chris Johnson, vice president enterprise group and managing director MEMA at HP Enterprise.

“Where there might have been fairly unlimited funds to drive IT, that has stopped. Like the rest of the world the focus has to be very business case oriented – what are my priorities, how do I minimise my cost or make it more efficient?”

Johnson suggests new payment models will be needed to ensure investment in this environment, with a shift away from the traditional buying of computers, storage or networks upfront to a more service oriented payment plan based on usage. 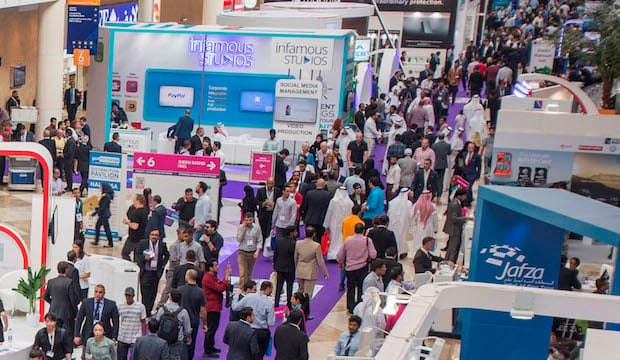 “We have started rolling this out – governments are very interested in this, system integrated partners – who have to roll out large infrastructure projects are interested and cloud service providers and generic customers,” he says.

“The liquidity in the market to enable customers to do things with technology – that’s something we are focussed on overcoming because in the world of capital expenditure, projects have slowed – they are not gone, but they have slowed and typically payments are challenging in this environment. So one thing is to switch the model to enable things to happen again.”

But if the climate is proving tougher for IT vendors and companies, few appear dissuaded due to the opportunities the Gulf region presents.

“Now, with the economic challenges that we are facing in the region and globally that confirms the need of the cloud because the cloud offering that we provide purely addresses the reduction of OPEX and ensures better cost management,” he says.

No doubt IT executives will be hoping this optimistic outlook translates into sales by the time the next Gitex comes around towards the end of 2017.