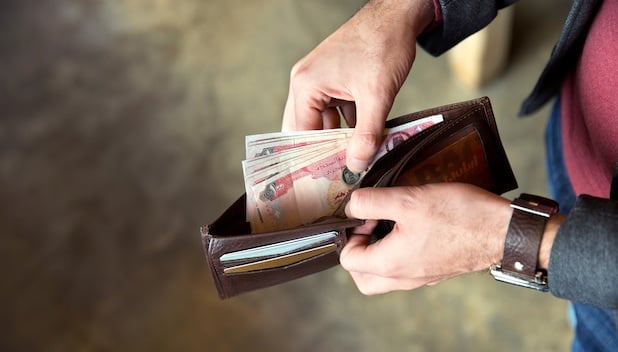 More millionaires in the Gulf believe regional economic conditions are worsening in 2017 than last year, according to a new report.

Emirates Investment Bank said that 44 per cent of 100 high net worth individual respondents to its Gulf Wealth Insight Report believed that the current economic situation in the GCC was getting worse compared to 36 per cent last year.

On a country-by-country basis views were most positive in the UAE, with 69 per cent saying the situation is improving and 42 per cent in Qatar. Respondents in Kuwait and Saudi Arabia were the least positive and those in Oman were most likely to feel the situation was worsening, at 75 per cent.

Regional respondents were more optimistic about the economic prospects of the Gulf region over the next five years but there was a decline in those that were very optimistic from 40 per cent to 20 per cent, while 55 per cent were somewhat optimistic compared to 43 per cent last year.

Almost two in ten (18 per cent) respondents said they had discontinued projects due to local economic conditions.

In addition, 45 per cent said the geopolitical situation in the Arab region had changed their strategy, while 37 per cent respectively said oil price movements and regional structural reform had changed their decisions a great deal.

On a global level, GCC respondents were also pessimistic about the economy, with 47 per cent saying the situation was worsening and just 15 per cent that it was improving, while 76 per cent wee at least somewhat optimistic about the global economy over the next five years.

“From a global perspective, 2016 was marked by heightened volatility across a range of markets and asset classes. This was certainly felt here in the GCC and, despite governments implementing structural reform plans and steady gains in the price of oil, liquidity remained relatively tight,” said Khaled Sifri, CEO of Emirates Investment Bank.

“It is, therefore, no surprise that this year’s GCC Wealth Insight Report shows that investors are expecting a flat or, possibly, declining economic performance in 2017 – both at a regional and international level.”

The survey was conducted through face-to-face interviews between September and December 2016 with 100 respondents holding $2m or more of investable assets, including 12 from Bahrain, Kuwait, Oman and Qatar respectively and 26 each from Saudi Arabia and the UAE.

Respondents were found most likely to allocate wealth to their own business (44 per cent), followed by cash at 27 per cent and real estate at 15 per cent.

More than half of respondents (51 per cent) said that planned to increase investment in cash deposits and half in their own business in the near future.