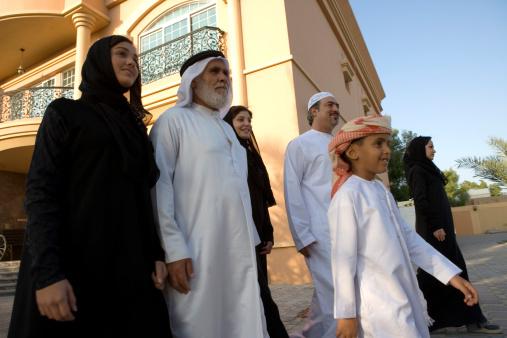 A few years ago, Abu Dhabi businessman Mohamed al-Fahim aimed to list his family’s hotels company on the stock market. He saw this as the best way to ensure the survival of the family’s business empire.

Fahim had seen statistics showing that globally, 90 per cent of second- and third-generation family firms failed when they remained in the hands of founders’ descendants. Going public seemed the answer.

But the global financial crisis, and the swings it triggered in Gulf markets, changed his mind. The float was ditched and instead, Al Fahim Group sold off oil and construction sector assets to cut costs.

Now the company aims to remain a family-owned conglomerate, with interests from tourism and catering to car and industrial equipment sales. “We changed our board of directors, our chief executive and chairman, and worked hard to create a protocol and articles of association,” Fahim said.

This brought in independent executives to manage the company, while the family could maintain ownership.

Al Fahim’s decision to shun an initial public offering is one that hundreds other family businesses in the Gulf may take. Before the financial crisis, these firms rushed to list on the stock market but many had to shed loss-making business when the crisis hit, making the IPO route much less appealing.

Some of these were founded a century ago by the region’s old merchant dynasties, others created more recently by local businessmen riding the post-World War Two oil boom or by Palestinian immigrants in the 1960s and 1970s.

As economies modernise and cross-border competition increases, the traditional Arab companies, long dependent on the energy and vision of a family patriarch, face pressure to become more professional and efficient.

One option, promoted by Western-educated investment bankers from the region and Gulf stock exchange officials, is to dilute family control through public offers of shares and installing outside managements.

But that is meeting resistance from traditionalists, who think family firms can continue to prosper by modernising themselves without big changes to ownership or control. Some invoke structures and strategies from Arab or Islamic history.

Arijit Nandi, head of investment banking at Abu Dhabi boutique investment bank The National Investor, said that while families might divest peripheral assets, it was proving hard to tempt them into selling shares in core businesses.

“The crown jewels of merchant families will never be IPO-ed, they will continue to be privately held by the family.”

Many of the Gulf’s corporate crown jewels, from the Saudi Binladin construction group to Dubai’s Al Habtoor Group, are family-owned. That can limit the depth of liquidity on Gulf stock markets, stifle M&A activity, which also means investment banks will miss out on millions of dollars in fees.

In the early 2000s, it seemed the investment bankers had won the debate. A craze for initial public offers swept the region as merchant families, including Saudi Arabia’s al-Hokairs, al-Khodaris and al-Rajhis, listed firms.

But the global financial crisis from 2008 to 2011 slashed newly listed firms’ valuations and left some uncomfortably exposed to criticism by shareholders and scrutiny by regulators.

Saudi construction firm Mohammed Al Mojil Group got into financial trouble and its shares have been suspended since July 2012. In March 2015, the Ministry of Commerce said it referred several board members to the Bureau of Investigation and Public Prosecution.

Now only 15 per cent of family firms in the Middle East plan to sell all or part of their businesses in the short term, PwC said; of those, only half would conduct IPOs. PwC did not break out figures for the Gulf.

The traditionalists are fighting back. Abdulaziz al-Ghurair, billionaire chief executive of Dubai’s Mashreq bank, said in April that an association representing Gulf family businesses was lobbying for a system of Islamic wills and trusts that would allow companies to be handed down smoothly across generations.

In the past, many family firms were pressured into going public by succession disputes; the trusts will allow them to avoid this, Ghurair said.

The Gulf’s merchant families are discussing options to modernise themselves by separating management from ownership, such as family boards or councils. Many have introduced independent board directors, constitutions or articles of association, and codes of corporate governance.

“The real question is, why would these families need to go public? Cash to fuel growth? Banks are offering competitive rates. Corporate governance? It can be solved without going public,” Fathi Ben Grira, chief executive of Abu Dhabi investment company Mena Corp, said.