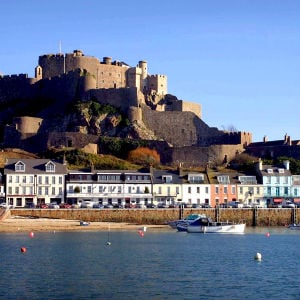 Total deposits from the Gulf countries in the island of Jersey reached 21.2 billion ($33 billion) as of March 31st this year, accounting for 14 per cent of the total deposits in Jersey’s financial sector, according to official data.

Statistics from the island’s financial regulator, the Jersey Financial Services Commission, showed that the Gulf deposits were up from 19 billion ($29.7 billion) at the end of 2010.

“It reflects a more long standing trend which has seen bank deposits attracted to Jersey from the Gulf region nearly double in the last five years,” said a statement from Jersey Finance, which represents the island’s finance industry.

To cater to the increasing interest from the GCC, the company opened its first office in the Gulf region in Abu Dhabi in the first quarter of 2011.

Sean Costello, chief representative for Jersey Finance in the Gulf region and India, commented: “There are around 15 banks and trust companies with offices in Jersey who are represented in the Gulf and Emirates NBD, the National Bank of Abu Dhabi and ADCB are among those Gulf based institutions with a presence in Jersey.

“This two way representation illustrates the growing commercial ties between the locations, a factor which has been further reinforced by the ongoing visits to the Gulf by senior representatives from Jersey’s government to meet with leading officials and finance practitioners in the region.”

The Jersey Financial Service Commission has also signed a MoU with the UAE Central Bank and Jersey’s government has a Double Taxation Agreement with Qatar. Further agreements are anticipated between the region, said the statement.

Jersey offers a tax-free environment and finance is the island’s largest industry.